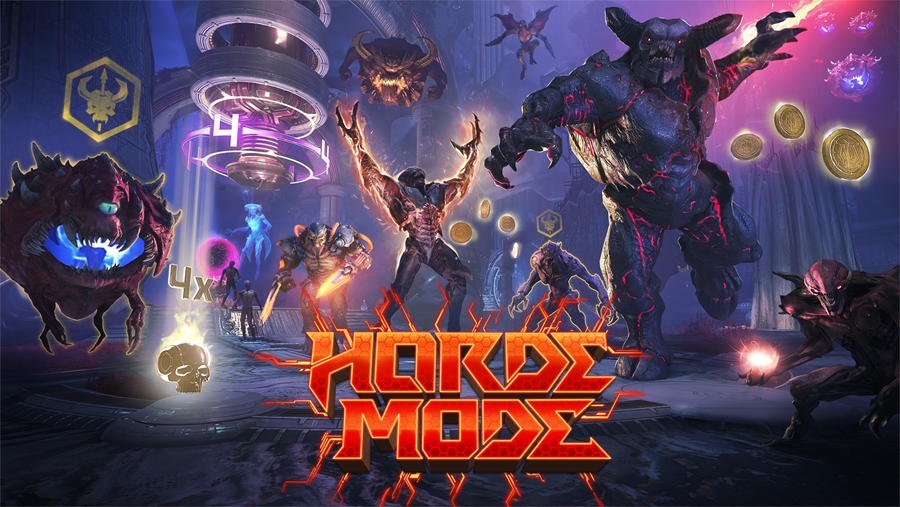 Home / News / Doom Eternal’s Horde has arrived, and it brings more than just the title mode

Doom Eternal’s Horde has arrived, and it brings more than just the title mode

Here we are just a few days away from Halloween and Bethesda and ID have a nice little treat for Doom fans. That of course, is update 6.66.

It’s a staple of FPS’ games in the modern era, and now Doom Eternal has joined that trend with a Horde Mode. the new mode, added today with update 6.66 (fitting), brings increasingly difficult waves of demons to beat back.

Billed as a mode forged in the “arcade style”, Horde Mode allows gamers to compete against each other on leaderboards. Expect plenty of unlocks, special rules, and one powered-up Slayer.

It’s not just Horde Mode that went live today though, as there’s a new Battle Mode, as well as a pair of new Master Levels. Yep, 6.66 is a pretty beefy update overall, with a good deal to drag you back into the game’s infested universe.

Here are the full details on those:

Two New Master Levels
In the Mars Core and *The World Spear Master Levels, take on remixed demon encounters that introduces a new combat experience. Show the world you’ve mastered these challenges worthy of only the greatest Slayers.

Doom Eternal update 6.66 is live now for the PS4, PS5, Xbox One, Xbox Series X|S, and PC editions of the game.

Jason's been knee deep in videogames since he was but a lad. Cutting his teeth on the pixely glory that was the Atari 2600, he's been hack'n'slashing and shoot'em'uping ever since. Mainly an FPS and action guy, Jason enjoys the occasional well crafted title from every genre.
@jason_tas
Previous Video: Go behind the scenes on the just released Dying Light Platinum Edition
Next Gentle Giant debuts a devil of a Star Wars bust in time for Halloween