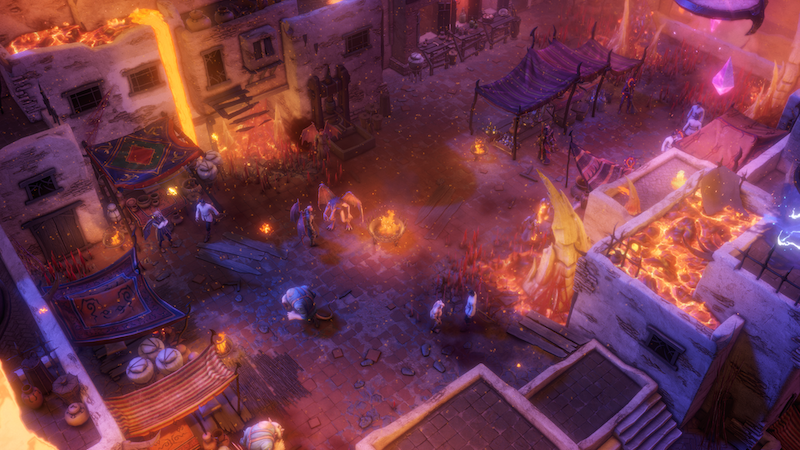 Home / News / Trailer: Fantasy returns to the PC with Pathfinder: Wrath of the Righteous

Trailer: Fantasy returns to the PC with Pathfinder: Wrath of the Righteous

Take a brand new look at the sequel to Kingmaker, as Pathfinder: Wrath of the Righteous finally arrives on the PC, with console editions coming in ’22.

Based on the celebrated tabletop role-playing game Pathfinder, this game takes place in the Worldwound, a land conquered by Deskari’s army of demons. To fight against corruption, players will be able to choose from a host of mythic paths, each of which follows a distinct narrative arc. As Commander,  players can become a celestial angel, raging demon, powerful lich, a cunning trickster, otherworldly aeon, a rebellious Azata, a wise gold dragon, an insatiable Swarm-That-Walks, or remain a mortal and walk the arduous path toward becoming a living legend.

The trailer showcases details about crusade mode, along with mounted combat and tactical combat game mechanics. Crusade mode enables players to select their general, change the size of their army, and explore the map of the world.

From Owlcat Games, Pathfinder: Wrath of the Righteous is available now on the PC. The game will be coming to consoles as well, though not until March 1st, 2022. That’s when it’ll be available for the Xbox One and PS4.

Jason's been knee deep in videogames since he was but a lad. Cutting his teeth on the pixely glory that was the Atari 2600, he's been hack'n'slashing and shoot'em'uping ever since. Mainly an FPS and action guy, Jason enjoys the occasional well crafted title from every genre.
@jason_tas
Previous Inferno sends Jonathan Hickman’s X-Men run out with a blaze
Next Lots of Marvel and Star Wars in stores this week from DST