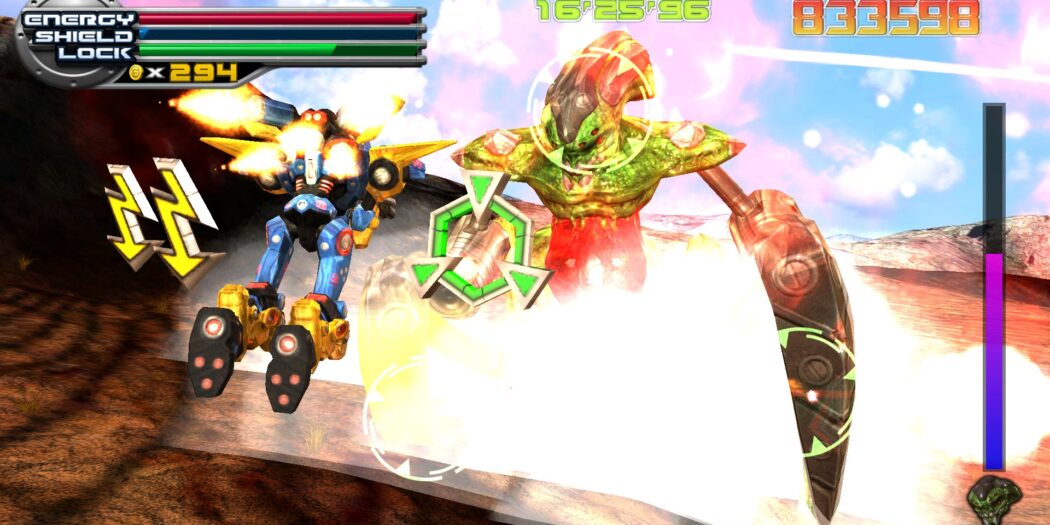 Giant robots, massive monsters, and tons and tons of rail-shooting action is on the way to both consoles and the PC, thanks to Ziggurat Interactive.

In this classic rail-shooter series, players pilot towering mechs as they race through cities, forests, and caverns dodging enemy attacks while unleashing their own powerful energy and explosive weapons. After battling through waves of enemy minions, brave mech pilots must take on their towering alien overlords!

ExZeus: The Complete Collection includes both ExZeus and its sequel, and is on the way to the PS4, Xbox One, Switch, and PC some time later this summer.

Jason's been knee deep in videogames since he was but a lad. Cutting his teeth on the pixely glory that was the Atari 2600, he's been hack'n'slashing and shoot'em'uping ever since. Mainly an FPS and action guy, Jason enjoys the occasional well crafted title from every genre.
@jason_tas
Previous Night of the Animated Dead arriving on home video next month
Next McFarlane goes direct, opens online storefront with exclusive Batman 5 pack