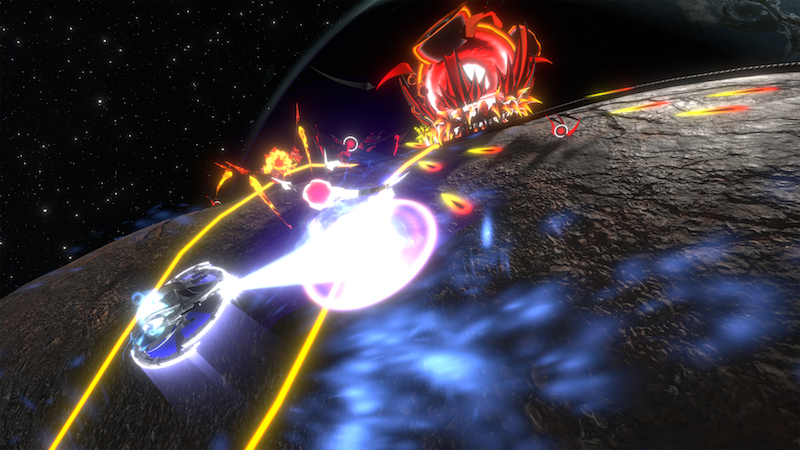 Shooter Curved Space is ready to take on wave after wave of intergalactic baddies, and is out now on PlayStation and Xbox platforms and the PC.

Curved Space is out right now on the PS4, PS5, Xbox One, Xbox Series X|S, and PC. A Switch edition is on the way as well, and will arrive on July 13th.

Jason's been knee deep in videogames since he was but a lad. Cutting his teeth on the pixely glory that was the Atari 2600, he's been hack'n'slashing and shoot'em'uping ever since. Mainly an FPS and action guy, Jason enjoys the occasional well crafted title from every genre.
@jason_tas
Previous Doom Eternal is now next-gen ready with update 6
Next McFarlane launches King Spawn, 2nd ongoing Spawn title