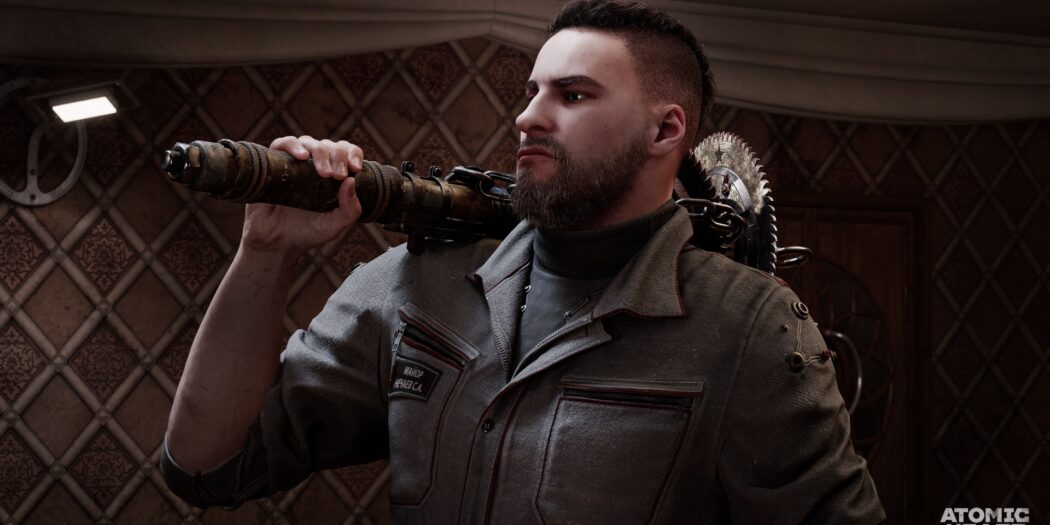 Remember Atomic Heart? The FPS was first seen years ago, and then kind of vanished. Well, it’s still on the way, and thanks to an E3 trailer, it’s looking great.

Imagine a 1955 Soviet Union that looks very little like the one you know. This is a mid-20th century that’s already seen the dawn of the internet, a robotics revolution, cybernetics, and much more.

In Atomic Heart you play as Major P-3, seemingly a cyborg member of the Soviet Military. Your job is to investigate an accident at a Soviet facility, that’s caused the machines to attack the humans on-site.

As you’ll see in the trailer below though, there’s a lot more weirdness happening at Facility Number 3826 than that.

Looking pretty slick, and it sounds like it’ll have some interesting gameplay to boot. Atomic Heart will feature enemies that have a hive-mind. The example that developer Mundfish gives is that if you’re noticed somewhere, all of the enemies from the nearest bunker will move to intercept. In that case, stealth is going to be important. Good thing that you have some serious hacking ability.

Though Mundfish also says that the game will feature the ability to turn everything into a weapon. So at least if you get spotted, you’ll be able to put up a fight.

Atomic Heart will have both standard and Collector’s editions. Expect to see it launch for the Xbox One, Xbox Series X|S, PS4, PS5, and PC. No release date yet though, so stay tuned.

Jason's been knee deep in videogames since he was but a lad. Cutting his teeth on the pixely glory that was the Atari 2600, he's been hack'n'slashing and shoot'em'uping ever since. Mainly an FPS and action guy, Jason enjoys the occasional well crafted title from every genre.
@jason_tas
Previous E3 2021: Breath of the Wild sequel showcases a stunning new world
Next Audeze teams with Capcom for Resident Evil Village bundle