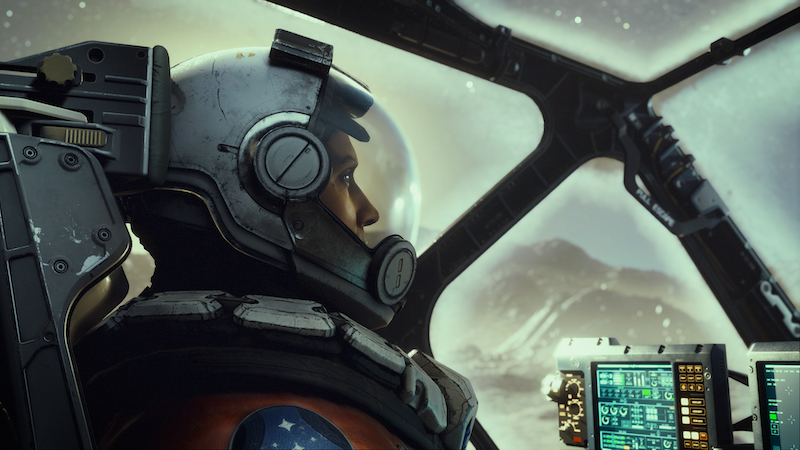 The field is wide open

From Bethesda Game Studios, Starfield has been in the works for some time. But for most of that time the game has been a near-total mystery. What we have known is that it’s an RPG, and that it would be set in a brand new galaxy.

While the look that we were just treated to today at E3 wasn’t all that deep, there are a few things that we can take away. But first, have a look…

Lots to like there, thematically and in terms of the game’s overall look. It’s definitely sci-fi, but there’s a good deal of grounding. Yes, the cockpit of the ship called the Constellation is adorned with high-tech monitors, but also has a pretty old school feel to it. There are switches to flip after all. It also seems that exploration isn’t going to be all that you’ll be doing, since the astronaut is most definitely armed.

On the end of the. player character too, you’ll be creating your own. According to Bethesda, you’ll be able to “create any character you want and explore with unparalleled freedom as you embark on an epic journey to answer humanity’s greatest mystery.”

So, ready to play? Starfield will be landing on the Xbox Series X|S as a console exclusive, and the PC on November 11th 2022. Oh, and as you might’ve hoped, it will indeed be a Game Pass title on day one.

Jason's been knee deep in videogames since he was but a lad. Cutting his teeth on the pixely glory that was the Atari 2600, he's been hack'n'slashing and shoot'em'uping ever since. Mainly an FPS and action guy, Jason enjoys the occasional well crafted title from every genre.
@jason_tas
Previous Call Of Duty Leak Confirms Zombie Details For 2021 Entry
Next E3 2021 Trailer: Battlefield 2042 goes multiplayer-only for a future war