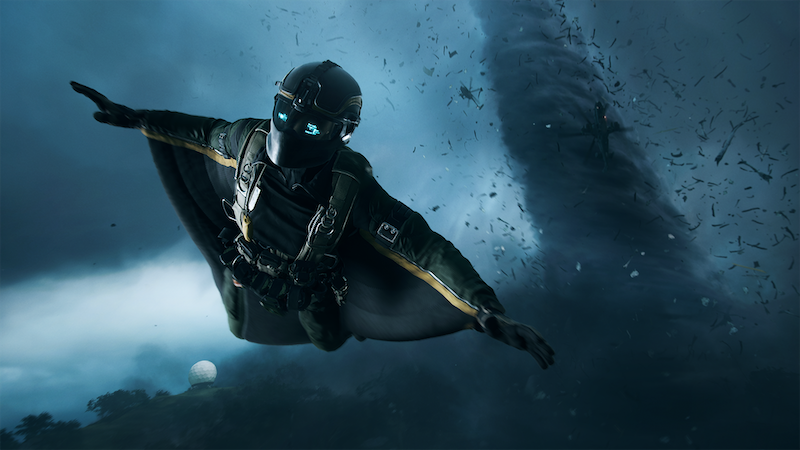 EA’s sending famed warfare FPS Battlefield into a future plagued by natural disasters. But that’s not all that’s new, as Battlefield 2042 will be multiplayer only.

In Battlefield 2042, the world is on the brink. Shortages of food, energy, and clean water have led to dozens of failed nations, creating the greatest refugee crisis in human history. Among these Non-Patriated, or No-Pats, are families, farmers, engineers – and even soldiers. Amidst this crisis, the United States and Russia draw the world into an all-out war. No-Pat Specialists join both sides, not fighting for a flag, but for the future of the Non-Patriated in this new world.

Battlefield 2042 is expected to be ready for action on October 22nd, 2021. Watch for it on the PS4, PS5, Xbox One, Xbox Series X|S, and the PC. You won’t be limited to just Origin if you’re playing on the PC either, as the game will be heading to that storefront, as well as Steam and the Epic Games Store.

Jason's been knee deep in videogames since he was but a lad. Cutting his teeth on the pixely glory that was the Atari 2600, he's been hack'n'slashing and shoot'em'uping ever since. Mainly an FPS and action guy, Jason enjoys the occasional well crafted title from every genre.
@jason_tas
Previous E3 2021: Starfield finally revealed at Xbox/Bethesda press event
Next E3 2021: Fallout 76’s Steel Reign arrives on July 7th