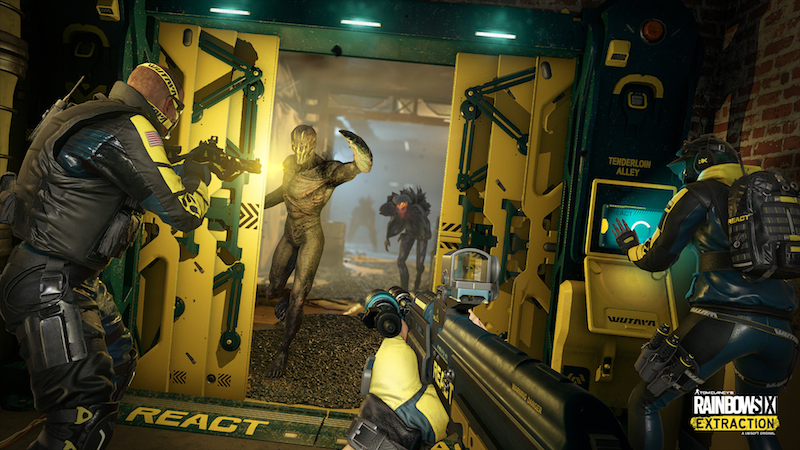 An alien menace is creeping its way across the globe, and Rainbow Six is the only thing holding back the tide. Welcome to Rainbow Six Extraction.

After being in the dark since its announcement in 2019, Ubisoft’s next Rainbow Six title has finally been more fully fleshed out. That came by way of the company’s E3 2021 kickoff today, and included a new trailer.

Before you check it out though, be forewarned that Rainbow Six Extraction bears title resemblance to the Six that you know. Whether or not that’s a welcome thing, is up to you.

As the threat grows, our Operators rise to meet it. In Extraction, Rainbow Six has been united under REACT. Their mission: learn about the enemy, stop its spread at all costs… and leave no one behind.

Rainbow Six Extraction will feature 3 player co-op, so you’ll still have some semblance of traditional R6 gameplay. But as you can see, this is sci-fi all the way, leaning hard into Aliens territory. And I mean that property itself, not the genre in general. It’s kind of hard not to make that comparison.

Here’s a deeper look at the gameplay:

Nevertheless, Extraction could be just the ticket to get some new fans on board for the R6 franchise. And if you are a longtime player, no worries, since it appears that Siege doesn’t appear to be going anywhere.

As for Extraction though, you can expect to be battling hostile invaders this September the 16th. Look for Rainbow Six Extraction on the PS4, PS5, Xbox One, Xbox Series X|S, Stadia, and PC.

Jason's been knee deep in videogames since he was but a lad. Cutting his teeth on the pixely glory that was the Atari 2600, he's been hack'n'slashing and shoot'em'uping ever since. Mainly an FPS and action guy, Jason enjoys the occasional well crafted title from every genre.
@jason_tas
Previous E3 2021: Arcade Paradise tasks gamers with running the ultimate gaming laundry
Next E3 2021: First trailer and gameplay look for Mario + Rabbids: Sparks of Hope