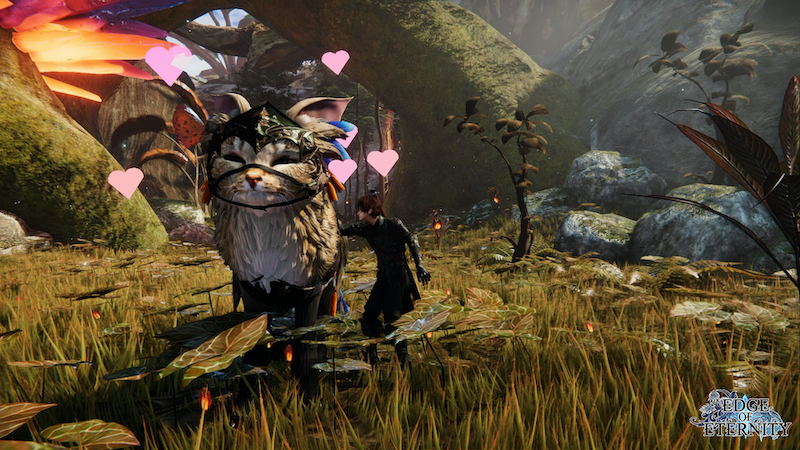 Trailer: Edge of Eternity brings JRPG’s back to PC today

Out now on the PC, Edge of Eternity from Midgar Studio and Dear Villagers is packed with turn-based action, 50 hours of play, and giant, pettable cats.

In a world torn asunder, the people of Heryon pursue a desperate war against a mysterious invader. As this conflict opposing magic and technology grows to cataclysmic proportions, a new threat emerges from the battlefield: “The Corrosion,” a dreadful, lethal disease. You control Daryon, a forlorn soldier who will risk everything and become a deserter, for the slim hope of finding a cure for a loved one.

The player will wage epic turn-based battles as they follow Daryon and his sister Selene in a quest to find this impossible cure. Only by mastering the tactical art of combat and the mystical language of crystals will the player be able to overcome the terrible odds stacked against them.

Looking to spend a few hours in Edge of Eternity’s open world? While it’s out now on the PC, it’s also coming to almost all the other major platforms. You can expect to see it on the PS4, PS5, Xbox One, and Xbox Series X|S by the end of the year.

Jason's been knee deep in videogames since he was but a lad. Cutting his teeth on the pixely glory that was the Atari 2600, he's been hack'n'slashing and shoot'em'uping ever since. Mainly an FPS and action guy, Jason enjoys the occasional well crafted title from every genre.
@jason_tas
Previous Spawn’s Universe sets Image record with 200k copies sold
Next Activision Announce The Return Of Spyro