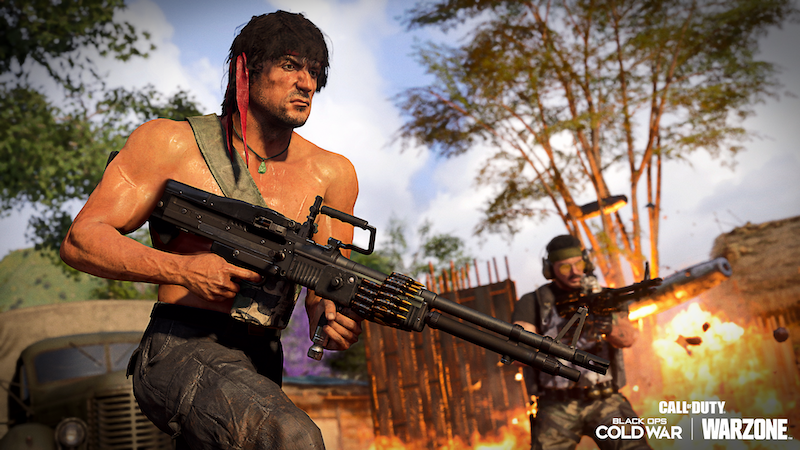 The 80s are back, in Call of Duty Black Ops: Cold War

No, it’s never really over, is it? Not to John Rambo anyway. The iconic action hero makes his way to Call of Duty Black Ops: Cold War today, straight from his appearance in the First Blood Part II movie. He’s joined by another John, John McClane, and apparently Nakatomi Tower too.

Looks pretty cool! But this isn’t just about two new big-name operators, there’s much more to it than that. Activision is running with this one as a full Call of Duty event. That means a ton of new stuff for you to get and play.

So lots to like and plenty to do if you’re a CoD, Rambo, or Die Hard… die hard. I only have one question – where’s my full-on Rambo game Activision?

Jason's been knee deep in videogames since he was but a lad. Cutting his teeth on the pixely glory that was the Atari 2600, he's been hack'n'slashing and shoot'em'uping ever since. Mainly an FPS and action guy, Jason enjoys the occasional well crafted title from every genre.
@jason_tas
Previous Paramount releases the first look at the long-awaited Snake Eyes film
Next Trailer: The Addams Family is coming back to gaming with a new platformer