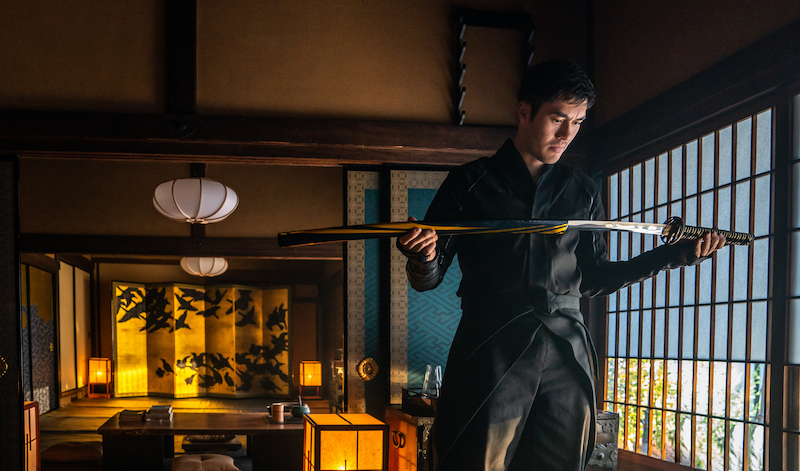 Snake Eyes: G.I. Joe Origins is officially on the way to theaters, and also has a first look trailer. Get a peek at Snake, Storm Shadow, Scarlet and more.

When you think about properties that should be no-brainer film fodder, G.I. Joe is right there at the top. For me anyway, Joe seems like an easy adaptation, with its insane action and almost superhero-like characters. And yet, it hasn’t had the easiest of times.

The original Joe film and its sequel were both lacking in just about every way. They sported little in the way of faithfulness to the license, and overdid a ton. Accelerator suits? Yeah, the Joes don’t need those. So after those two underperformers, the property fell into Hollywood purgatory. That is, until Paramount announced that a film focusing on The G.I. Joe team’s ninja/commando Snake Eyes would go into production.

Now we have our very first look at that film, after a few Covid-related delays. How’s it look? Well…

No, that doesn’t look much like Joe. But remember this is supposed to take place before the team is formed and before the rise of Cobra (pardon the turn of phrase). And I get too, that actor Henry Golding doesn’t look anything like Snake Eyes. For those who don’t know, Snake is caucasian and was horribly disfigured from his days as a special ops soldier in Viet Nam.

Honestly though, Snake Eyes not being white isn’t that big of a deal, as long as Golding’s version is portrayed as being American. That’s the much bigger part of the story and it seems it’s the case here. Also, being that the film is moving the Joe story into the modern age, Nam is definitely out of play. So as long as Snake Eyes has a military background in the movie’s new universe, it still works.

And for fans who are asking about his lack of scars and that he can speak (Snake goes mute from those injuries), remember that this is just the first film. I’d say it’s likely that something happens along the way to make the hero keep that mask on.

But we’ll find that out soon enough. Snake Eyes: G.I. Joe Origins is set to debut only in theaters on July 23rd. Yes, only in theaters. And if it’s a success, it sounds like fans might be in for a much bigger Joe rebirth, and possible film universe. Stay tuned.

Jason's been knee deep in videogames since he was but a lad. Cutting his teeth on the pixely glory that was the Atari 2600, he's been hack'n'slashing and shoot'em'uping ever since. Mainly an FPS and action guy, Jason enjoys the occasional well crafted title from every genre.
@jason_tas
Previous Samurai Showdown coming to Steam on June 14th
Next The 80s are back, in Call of Duty Black Ops: Cold War