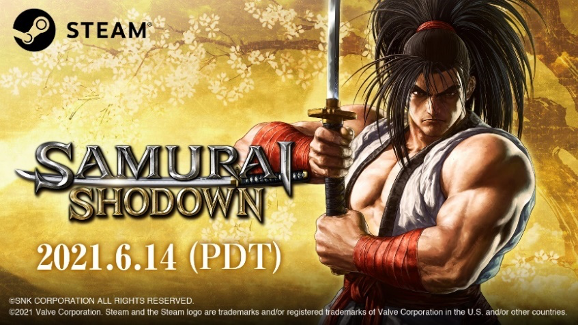 SNK has confirmed the release of the latest Samurai Showdown title for Steam, along with the third character in the 3rd Season of DLC, Amakusa.

The most recent Samurai Showdown title is finally making its way to Steam. Not that there already aren’t a bunch of ways to play the game already, even on the PC, but a Steam launch certainly opens the title up to a heck of a lot more players. That’s going to happen pretty soon too, as SNK has revealed the game will be landing next month on June 14th.

Coincidently, there’s also a brand new character arriving day and date with that Steam launch. If you’ve been paying attention to the game’s releases, then you already know that its players are in the midst of Season 3. And the latest delivery for that might be the best one yet, as its none other than the first SamSho’s boss – Shiro Tokisada Amakusa.

This isn’t the first appearance of Amakusa outside of that original game though. Fans will know that the character was in parts 3, 4, and 5. As for Amakusa’s big return, you can expect to see that for all versions of the game. Of course you’ll need to have a Season 3 Pass or pick up the new content a’la carte to get in on the action.

Season 3 isn’t over either, by the way. Both Cham Cham and Hibiki Takane are available right now, and there’s a mystery 4th fighter coming as well. All we know about that one, is that it’ll be a crossover character from the Guilty Gear series. Stay tuned for more on that.

Jason's been knee deep in videogames since he was but a lad. Cutting his teeth on the pixely glory that was the Atari 2600, he's been hack'n'slashing and shoot'em'uping ever since. Mainly an FPS and action guy, Jason enjoys the occasional well crafted title from every genre.
@jason_tas
Previous DC ends its Festival of Heroes with reveal of the Monkey Prince
Next Paramount releases the first look at the long-awaited Snake Eyes film