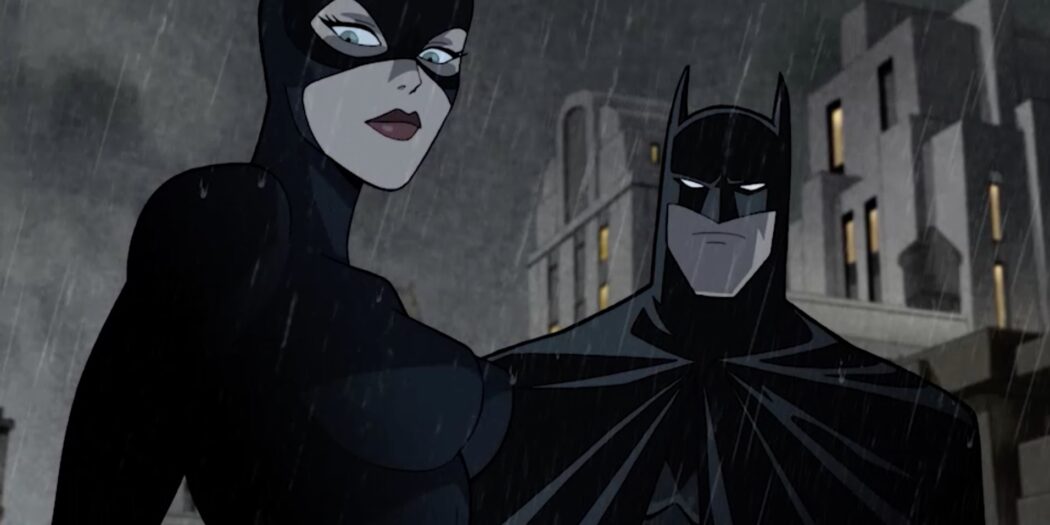 Get a first look at some of the characters from DC’s upcoming two-part feature, Batman: The Long Halloween, in this four-pack of new stills.

Now Warner Bros and DC are starting to show off some of what you’ll soon be able to watch. And in the first drop of stills from the film, you can get a peek at the heroes and their allies. If you know the story, then you know that includes the ‘big three’ – Batman, Jim Gordon, and Harvey Dent.

Complicated relationships are a recurring theme in Batman: The Long Halloween, Part One, particularly where Batman/Bruce Wayne (voiced by Jensen Ackles) and Catwoman/Selina Kyle (Naya Rivera) are involved.

Ready to start tracking down Holiday? Batman: The Long Halloween Part 1 is set to debut on June 22nd, via Blu Ray and digital format.

Jason's been knee deep in videogames since he was but a lad. Cutting his teeth on the pixely glory that was the Atari 2600, he's been hack'n'slashing and shoot'em'uping ever since. Mainly an FPS and action guy, Jason enjoys the occasional well crafted title from every genre.
@jason_tas
Previous Hot Toys celebrates 600th Movie Masterpiece with Iron Man 2 Tony Stark figure
Next Pathfinder Kingmaker hits Epic Game Store in Enhanced form