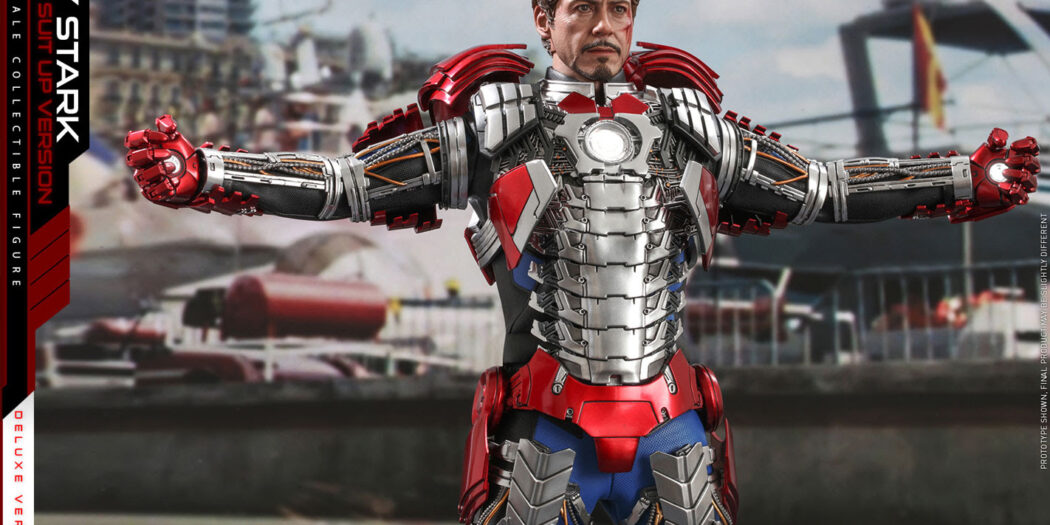 No, that headline isn’t a typo, Hot Toys is prolific. But more than that, they also make some of the coolest stuff out there. Case in point, Iron Man.

If you saw Iron Man 2, then you know the scene. Stark is pushing himself to the limit, hoping to burn out before health issues do him in (spoiler: they don’t). He blasts around the track in his F1 racer, but is cut short by the supervillain Whiplash. Literally. Whiplash cuts his car pretty much in half.

Stark is staggered, but okay, and quickly suits up with his suitcase armor. Something torn right from the comics, the suitcase armor is exactly what it sounds like, and armors Iron Man up in something that looks reminiscent of the Silver Centurion.

It was a cool moment is what I still personally think is an under-appreciated film. And now, to celebrate a staggering 600 Movie Masterpiece (from across all licenses) figures, this scene is being immortalized in plastic.

The figure is awesome looking, and features a standalone Stark, in his blue racing suit. But over that suit, you can add pieces of the aforementioned Mark V armor, complete with LED light-up Arc Reactor and forearms.

There are also a pair of flavors for this one with both standard and Deluxe versions. The Deluxe features everything from the standard release, but also includes the actual suitcase that produces the armor. Even better, it actuality expands (to a degree) to replicate the film.

Looking to pick one of these Iron Men up for yourself? Both versions are available for pre-order now from Sideshow Toys, and will ship next summer (2022). Click here to see the Deluxe, and here for the standard.

Looking for Whiplash to face off against Tony? Yep, they have one of them too, and he’s actually available to ship right now. Click here to check him out.

Jason's been knee deep in videogames since he was but a lad. Cutting his teeth on the pixely glory that was the Atari 2600, he's been hack'n'slashing and shoot'em'uping ever since. Mainly an FPS and action guy, Jason enjoys the occasional well crafted title from every genre.
@jason_tas
Previous Trailer: Behold Motoko’s Thunderdome in Shadow Warrior 3
Next New official images from Batman: The Long Halloween arrive