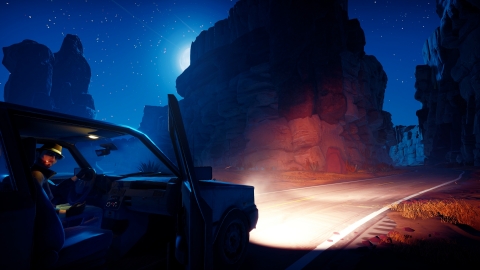 A selection of great looking indie games was revealed at yesterday’s Indie World presentation. That includes a big surprise with House of the Dead.

It might not have technically been the biggest or most hotly-anticipated game at Nintendo’s Indie World presentation, but it was definitely the biggest surprise. Of course, I’m talking about Sega’s classic House of the Dead.

The arcade, light gun game is back and ready for more zombie-blasting action on the Switch. This new remake hails from Forever Entertainment and will feature the same on-rails action as the classic, as well as multiplayer options. There’s a big question though, and that comes in the form of light-gun support. So far, there’s nothing being talked about, but can you really have HotD without a light-gun?

As mentioned though, House wasn’t the biggest thing talked about on the show. That was likely Teenage Mutant Ninja Turtles: Shredder’s Revenge. And if you don’t know what that is by now, you haven’t been paying attention. The return to arcade-form for the TMNT comes from retro-masters at Dotemu, and looks spectacular.

There was a ton more too, including some that could very well be gems-in-the-making. Scroll down to have a peek.

Jason's been knee deep in videogames since he was but a lad. Cutting his teeth on the pixely glory that was the Atari 2600, he's been hack'n'slashing and shoot'em'uping ever since. Mainly an FPS and action guy, Jason enjoys the occasional well crafted title from every genre.
@jason_tas
Previous Mezco announces a pair of 5 Points Godzilla box sets
Next Resident Evil Village showcase reveals demo, new trailer, and the return of The Mercenaries