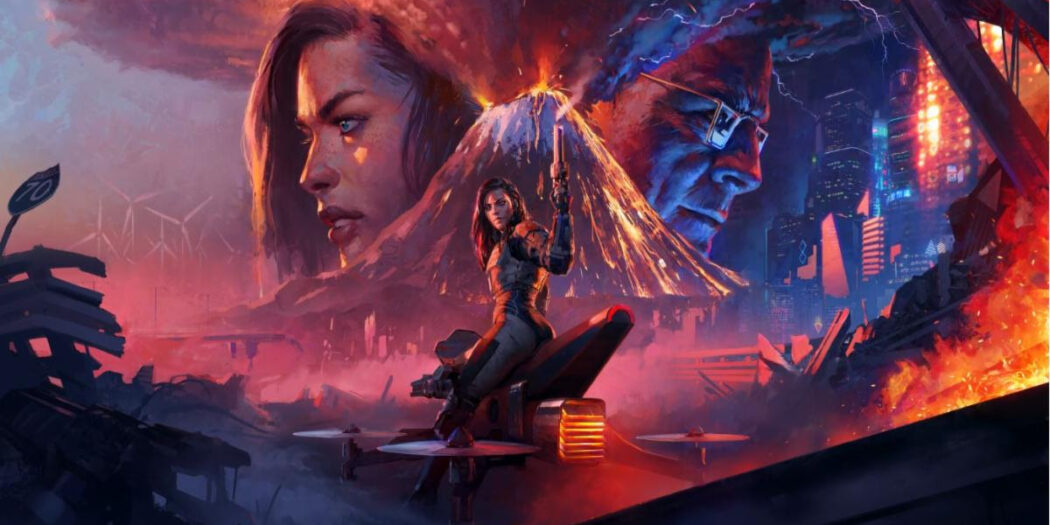 A fresh round of Ion Fury’s 90s-style FPS action is on the way with the Aftershock expansion pack. Expect bullets, explosions, and vehicular action.

One of the very best throwback RPS’ in recent years, Ion Fury took the genre back to a simpler time. It pretty perfectly replicated what playing a first-person shooter was like back in the 90s, and there’s a reason. The game was made in Build.

If you don’t know, the Build Engine is the very same one that powered titles like Duke Nukem 3D and the original Shadow Warrior. While it’s the same engine, the developers over at Voidpoint did add in some modern stuff, it was nothing that the engine didn’t support. So this really is a 90s FPS, just one that came out 20+ years on.

And now it and main character Shelly are back in action once again. In another 90s twist, the return isn’t in a sequel, but an expansion pack. Aftershock picks up right where Iron Fury ended.

After defeating Heskel in her previous adventure, Shelly Harrison decides to celebrate at a local bar. When explosions interrupt her tasty beverage, she rushes out to find Heskel in a monstrous flying machine, cackling madly as he rockets away toward a mushroom cloud on the horizon.

Instinctively, she reaches for her Loverboy revolver, cocks it, and searches for the fastest transportation she can find – a sleek and powerful high-speed Hover Bike, armed with Drunken Homing Plasma Missiles. Shelly’s fight against Heskel continues with multiple brand-new zones to explore, new dangerous enemies, new armaments to destroy them with, and some amazing high-speed vehicle combat.

More than just a new adventure

While Aftershock is the main event here, there is more to the expansion than just the new campaign. The pack will also add an “arrange” mode onto the base title.

That sounds like it’ll really bump up that original adventure, as it’s set to add in a bunch of stuff from Aftershock. That’s a list that includes “new enemies, weapons, and more.” So if you already played the original to death, and are still looking for more post-Aftershock, you’ve got it.

There’s no firm release date yet for Aftershock however, though we do know that it’s set to arrive this summer. It’ll also be coming to all versions of Ion Fury, including the PC, Switch, PS4, and Xbox One.

Jason's been knee deep in videogames since he was but a lad. Cutting his teeth on the pixely glory that was the Atari 2600, he's been hack'n'slashing and shoot'em'uping ever since. Mainly an FPS and action guy, Jason enjoys the occasional well crafted title from every genre.
@jason_tas
Previous New details announced for Resident Evil Re:Verse, and April showcase for Village
Next Shadow Man Remastered gets April launch, coincides with new comic series