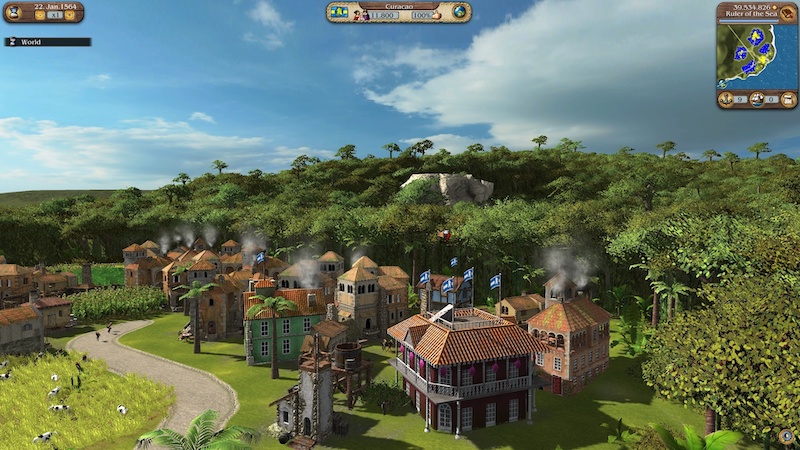 Not as great as the PS+ offerings, Xbox Live subscribers nonetheless get some decent titles for March. Metal Slug 3 and Warface’s latest are included.

Four games spread out over 2 consoles hit Live, free for subscribers this month. Those include a pair of Xbox 360 games that I personally would mention as the more interesting of the 4-pack. Landing on the Xbox One and Xbox Series X|S thanks to the magic of back-compatibility are the venerable Metal Slug 3 and Port Royale 3.

If you’ve been gaming for any length of time at all, then you’re likely familiar with the Metal Slug series. The side-scrolling action titles hail from the land of Neo Geo, and are pretty much all great fun. Run and gun with cartoony characters and (super) over-the-top action. What’s not to like?

Port Royale 3 though, is the other side of the spectrum. Slow paced and strategic, that series puts you in command of a Caribbean empire, shipping foods and dealing with pirates. I was just thinking about the latest game in that set, so I’m definitely in for trying its forebear for free.

As for the more current of the free games, well I’d say they’re both acquired tastes.

The first is Warface: Breakout, an online FPS with purely PvP play. And the second? That’d be VALA, which stands for Vicious Attack Llama Apocalypse. The Llamas are revolting apparently, and it’s up to you to put them down in your mech-suit. Twin-stick shooting is the gameplay there.

All of the above are free at differing times this month, but the festivities start off with Warface and Metal Slug 3. You can grab both right now if you’re an Xbox Live Gold subscriber.

Jason's been knee deep in videogames since he was but a lad. Cutting his teeth on the pixely glory that was the Atari 2600, he's been hack'n'slashing and shoot'em'uping ever since. Mainly an FPS and action guy, Jason enjoys the occasional well crafted title from every genre.
@jason_tas
Previous PS Plus’ freebies are pretty fantastic for March ’21
Next DST and Hasbro team for new lines of collectibles