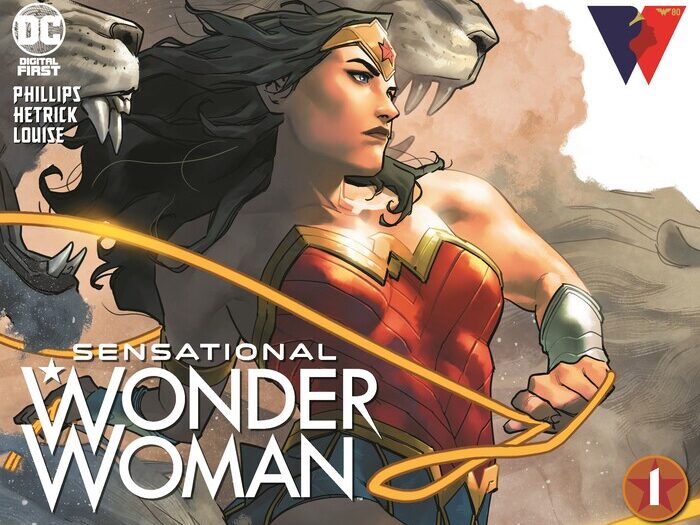 One of DC Comics’ biggest heroes and a cultural icon, Wonder Woman is hitting the 80-year mark, and will be doing so with a new digital-first series.

It’s been quite a ride for Diana. Wonder Woman has been a massive hero in the DCU for ages, with tons of comics and appearances in the very biggest stories from the publisher. Recently she became maybe the biggest fan-favorite film star as well, with a sequel just about to launch.

Of course, that feature was meant for the silver screen. But in the age of Covid, it’s landing on HBO Max as well as in the movies (where theaters are open). All of the above equals up to 80 years of action and adventure, and that’s something that the hero’s original medium will be celebrating.

Just after the New Year, DC will be launching a brand new digital-first series starring the Amazing Amazon. Sensational Wonder Woman will be a weekly series, that will feature Diana teaming up with other DC stars in stores that won’t be getting hung up on continuity. So, in other words, these’ll be standalones.

For the first digital arc, newly announced Harley Quinn writer Stephanie Phillips, Wonder Woman: Agent of Peace artist Meghan Hetrick and colorist Marissa Louise pit Diana against the evil Doctor Psycho. During a battle with the villain, Wonder Woman sacrifices herself to stop him, the impact from his psychic blast trapping her in an alternate reality. With the help of guest-star Hawkgirl, Diana must remember who she is before it’s too late.

As mentioned, these stories will see physical publication as well as digital. Fans waiting for actual books will be able to start picking those up a few months after seeing the online launches.

Jason's been knee deep in videogames since he was but a lad. Cutting his teeth on the pixely glory that was the Atari 2600, he's been hack'n'slashing and shoot'em'uping ever since. Mainly an FPS and action guy, Jason enjoys the occasional well crafted title from every genre.
@jason_tas
Previous Man-Thing comes to new book and variant cover slate from Marvel
Next Mando Monday sees two new replicas announced