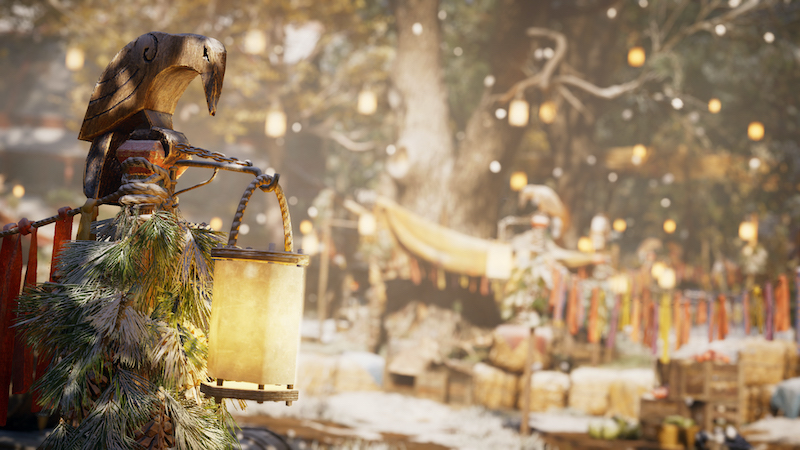 The very first of the “season” content for ACV, Yuletide is a pretty big dose of content. And as mentioned, it’s all free for owners of the latest open-world action game in Ubisoft’s long running series.

Starting today and running through January the 7th, players will be able to hit their settlement and partake in the Yule Festival. The Festival will offer some new activities, but also the chance to nab a few rewards.

The first Seasonal content of Assassin’s Creed Valhalla, the Yule Season, invites players to discover the Yule Festival, an in-game event active until 7th January in a dedicated area of the settlement. During the Yuletide celebration, players can join in the festivities with a new Drinking game, an Archery mini-game, a Fist Fight tournament, and two new character quests available in the settlement. In addition, players can earn exclusive rewards including a new gear set, settlement decorations, and more.

Now, if you’re just starting Assassin’s Creed Valhalla, you won’t be able to access the Yule Festival right off the bat. You will have to first reach the the shores of Jolly Olde England, and complete “one of the first narrative arcs, either Grantebridgescire or Ledecestrescire”. Do that, and you should be good to go. But that’s not all for Yule.

A second infusion of content for the season will arrive in February, and is seemingly even fuller.

In the second pack, you’ll find:

Jason's been knee deep in videogames since he was but a lad. Cutting his teeth on the pixely glory that was the Atari 2600, he's been hack'n'slashing and shoot'em'uping ever since. Mainly an FPS and action guy, Jason enjoys the occasional well crafted title from every genre.
@jason_tas
Previous Godfall update and holiday deals incoming
Next Microsoft now offering digital refunds on Cyberpunk 2077