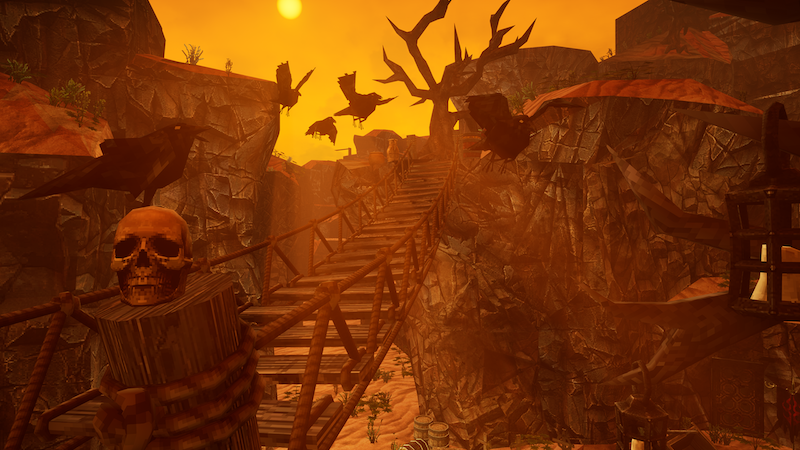 Looking forward to 3D Realms’ Graven? Well, if you’re a PC gamer, you can actually play today. The spiritual successor to Hexen has received a demo.

If you don’t know, tonight is the beginning of The Game Awards Festival. It’s a gaming-centric event that started at 10am pacific time today, and will run through Sunday the 13th. And it’s just a little bit cooler this year, thanks to a surprise demo from 3D Realms and 1C Entertainment.

That, of course, is Graven. A first-person shooter from developer Slipgate Ironworks, Graven is meant to be a spiritual-followup to FPS classics like Hexen. And if you’re familiar with that title, then you know what to expect here; dark-fantasy, crossbows and blades, and magic galore.

Here’s a look at Graven in action…

Today’s demo gets you hands-on with the game, and able to slip into the boots of a disgraced priest who’s set against the forces of evil. The game promises plenty of action, puzzle-solving, and RPG elements as well.

While the demo is single-player only, the final version of Graven will also offer up to four player co-op. So you can battle the game’s hellish nightmares with your pals.

The demo might just be for the PC, but the final version will see release for the Xbox One, Xbox Series X|S, PS4, PS5, and Switch as well. When that will be is still undecided, though 3D Realms says to expect it some time in 2021.

If you’d like to get down on the demo, that you can do right now via Steam.

Jason's been knee deep in videogames since he was but a lad. Cutting his teeth on the pixely glory that was the Atari 2600, he's been hack'n'slashing and shoot'em'uping ever since. Mainly an FPS and action guy, Jason enjoys the occasional well crafted title from every genre.
@jason_tas
Previous Predator arrives (for pre-order) in the One:12 Collective
Next The Nightmare Before Christmas Advent Calendar (Book) Review