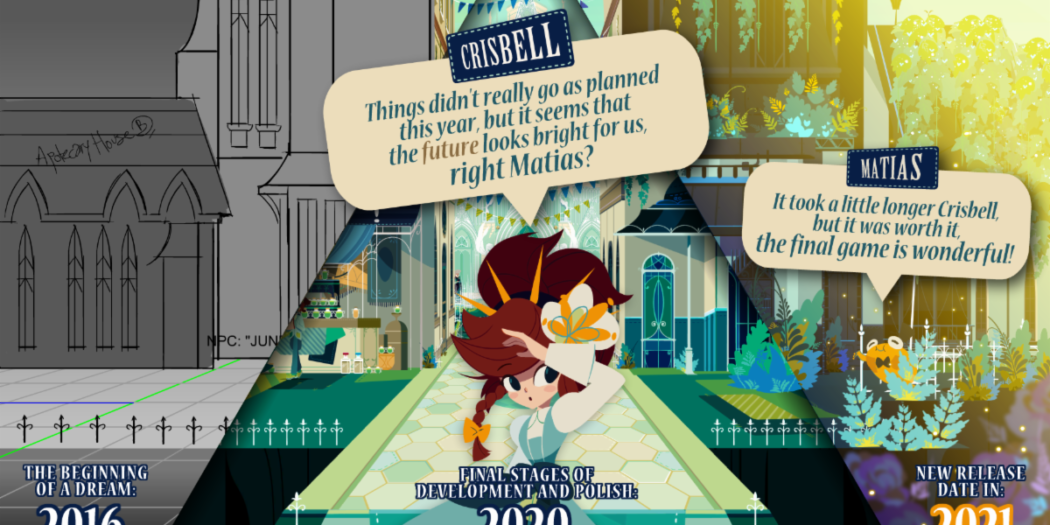 Here’s what might be the first in the year-end delays, as Modus Games has announced that Cris Tales is nudged to ’21. Though there is a new trailer.

Cris Tales is a time-bending JRPG where past, present and future are brought together on one screen. Players can use Crisbell’s amazing ability to slip between time periods, aiding citizens across Crystallis’ kingdoms and pushing enemies to specific points in time for an upper hand in battle.

Pushed to an as-yet undisclosed date in ’21, Cris Tales will eventually arrive for the PS4, PS5, Xbox One, Xbox Series X|S, Switch, PC, and Google Stadia.

Jason's been knee deep in videogames since he was but a lad. Cutting his teeth on the pixely glory that was the Atari 2600, he's been hack'n'slashing and shoot'em'uping ever since. Mainly an FPS and action guy, Jason enjoys the occasional well crafted title from every genre.
@jason_tas
Previous Nintendo Download: Experience State-of-the-Kart Technology
Next A little Rain must fall in Mortal Kombat 11’s newest look at the Kombat Pack 2