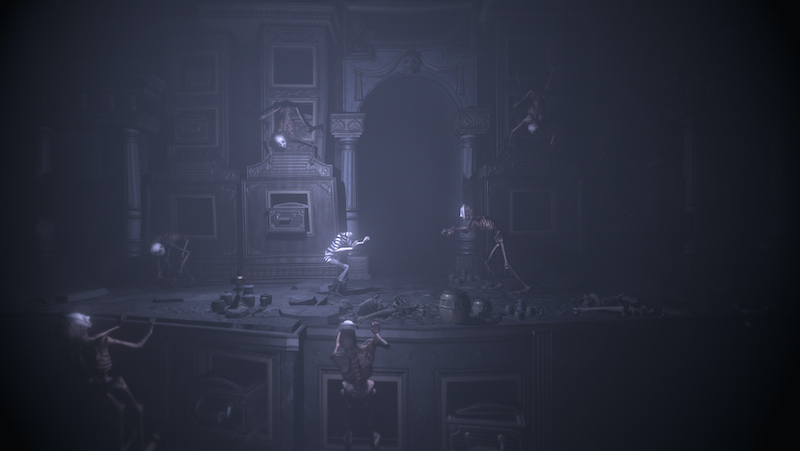 Home / News / Don’t lose your head, Darq is coming to consoles this year

Don’t lose your head, Darq is coming to consoles this year

In the mood for a little ultra-weird, “surreal” horror? Well then you’re going to want to check out Darq. The side-scrolling title is hitting consoles this year.

If you’re familiar with Darq on the PC, then you already know all about its particular brand of weird. The game is described as a eerie and surreal by developer Dreamloop Games and it looks every bit of that.

A horror experience at its core, Darq drops players into a world where things don’t quite make sense the way they might be used to. As you’ll see too, there’s more included in this new release than just the base game. Those buying in will also get their hands on The Crypt and The Tower, the game’s twin DLC packs.

“There’s a pretty amazing amount of detail put into the environments of the game – it makes the allure of the dark and surreal even stronger for us. We have quite a few horror game enthusiasts in the company, myself included, so it has been very exciting to get to work with these kinds of projects,” said Norvasto. “As horror game enthusiasts ourselves, we have a great deal of respect for what Unfold Games has done with DARQ and want to bring that eerie magic faithfully to consoles. We’re working closely with Unfold Games to ensure we do so.”

No release date for this one just yet, but you can expect Darq to land before the end of the year. It’s scheduled to arrive for the Xbox One, Xbox Series X|S, PS4, PS5, Switch, and PC.

Jason's been knee deep in videogames since he was but a lad. Cutting his teeth on the pixely glory that was the Atari 2600, he's been hack'n'slashing and shoot'em'uping ever since. Mainly an FPS and action guy, Jason enjoys the occasional well crafted title from every genre.
@jason_tas
Previous Nintendo reveals all about Mario Kart Live: Home Circuit
Next Skeletor’s Havoc Staff getting full sized replica