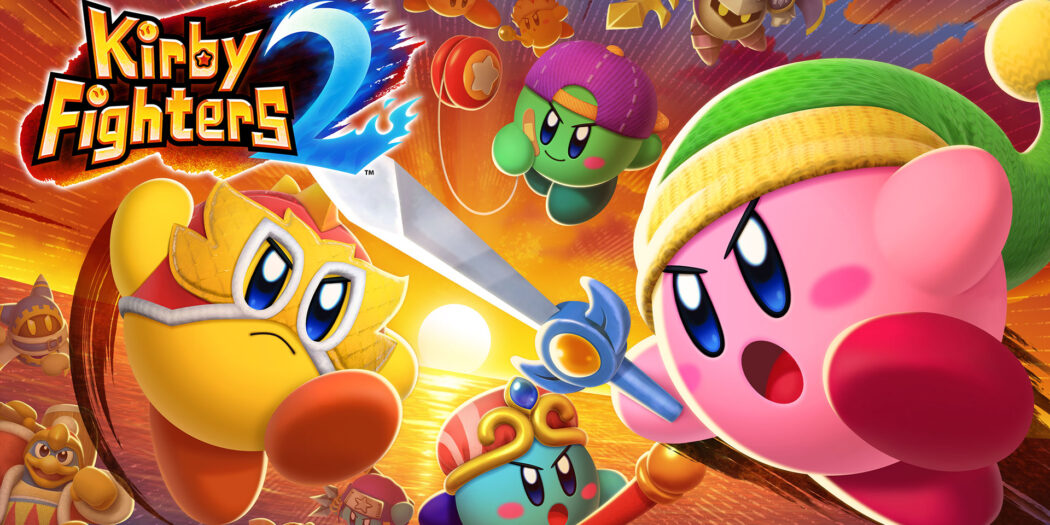 The puffball is back and ready to mix it up once again in Kirby Fighters 2 on the Nintendo Switch. The game was leaked, then stealth-launched last night.

So, if you don’t know what Kirby Fighters is, it’s basically a Smash Bros but with all Kirbys. The first sequel, appropriately enough called Kirby Fighters 2, offers more of what the original release stocked, but quite a bit of new stuff as well.

A total of 22 different fighters round out a roster that not only has a ton of different Kirby variants, but also series mainstays. King Dedede, Meta Knight and more are there. There’s also a brand new ability this time, with the wrestler power. That’s exactly what it sounds like, and transforms the pink blob into a luchador with the ability to throw his opponents around.

There are also multiple modes, including what sounds like a rudimentary story to play through, doubles action, and 4 player simultaneous play on one console. You can use 4 joy cons for that.

Kirby Fighters 2 looks like it’ll be an exclusive to the Nintendo eShop, and is available right now.

Jason's been knee deep in videogames since he was but a lad. Cutting his teeth on the pixely glory that was the Atari 2600, he's been hack'n'slashing and shoot'em'uping ever since. Mainly an FPS and action guy, Jason enjoys the occasional well crafted title from every genre.
@jason_tas
Previous Serious Sam 4 (PC) Review: Don’t Call it a Reboot
Next Nintendo Download: Kirby Packs a Powerful Pink Punch