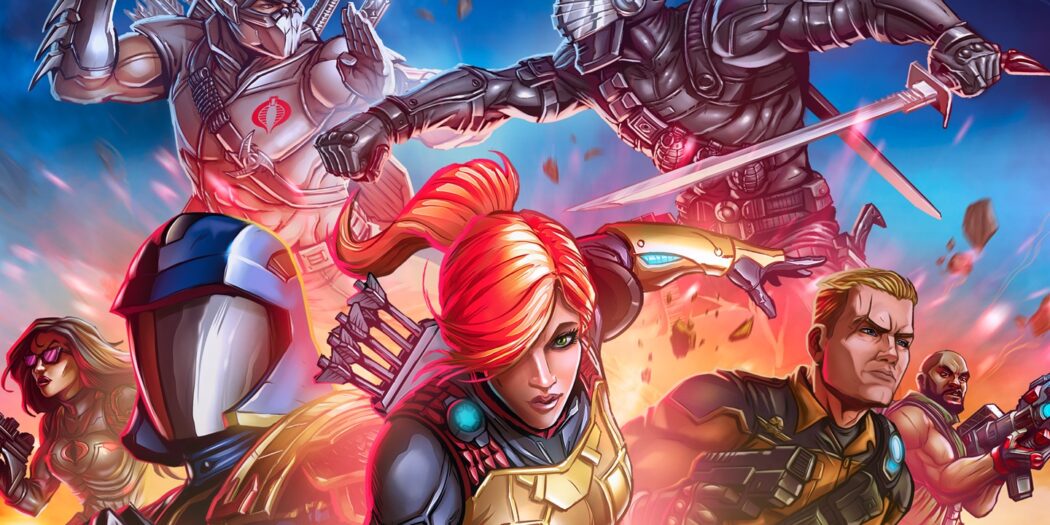 Knowing is half the battle, and now you know that there’s a new G.I. Joe game coming up, featuring the current versions of the classic Joe (and Cobra) roster.

Back once again is G.I. Joe, with a new toy line that’s been a mega-hit with collectors. It’s such a success that it seems to be consistently sold out just about everywhere. So of course, we’re getting a video game.

Now, it’s been a long time (a long time) since we’ve had a decent Joe game. Yes, there was one based on the movies, but it wasn’t very good, and the last good one was on the NES. That’s going back, huh?

Could Operation Blackout be that, at long last, great G.I. Joe game? While I don’t know about that, it definitely has quite a bit going for it. Operation Blackout features 12 different playable characters, and an 18 mission-long story that has you playing as both Joes and Cobras.

Publisher GameMill says that the title will have an original storyline that plays off of the comics from the 80s. That’s pretty interesting, since the toy line definitely doesn’t, featuring sci-fi inspired weapons and gear.

It’ll also have a number of locations that fans should be familiar with. You’ll be playing across locales like Cobra HQ (maybe the Terror Drome?) and the USS Flagg aircraft carrier.

Aside from the campaign, Gamemill says to expect co-op play and competitive multiplayer. Capture the Flag, Assault, and King of the Hill will all be included.

G.I. Joe: Operation Blackout is set to hit the PC, Switch, PS4, and Xbox One this October the 13th.

Jason's been knee deep in videogames since he was but a lad. Cutting his teeth on the pixely glory that was the Atari 2600, he's been hack'n'slashing and shoot'em'uping ever since. Mainly an FPS and action guy, Jason enjoys the occasional well crafted title from every genre.
@jason_tas
Previous McFarlane’s RAW 10 shipping out this month
Next McFarlane debuts first Witcher figure with Geralt