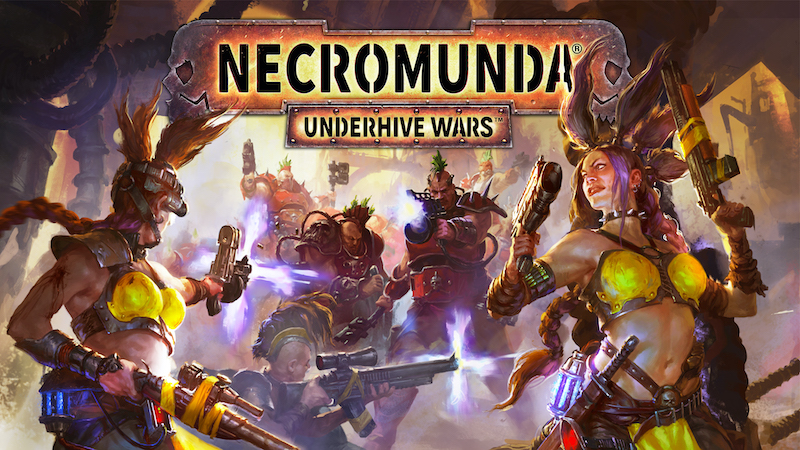 Home / News / Necromunda comes to consoles and PC this summer

Another one of Games Workshop’s properties is making its way to the video game landscape. Necromunda: The Underhive Wars lands this summer.

What lurks in the Underhive?

Maybe appealing more to cyberpunk fans than strict Warhammer 40K war-gamers, Necromunda is almost here. The game takes place in a massive city from the WH40K universe… well, actually, under it.

In the forgotten places and inner workings of this monster-burg lies the Underhive. It’s a place of villainy, gang warfare, and hard-survival. And now it’s a turn-based strategy game from Focus Home Interactive.

The first video game adaptation of Necromunda, the mythical tabletop game, Necromunda: Underhive Wars brings you right up to the action, with an over-the-shoulder view of every epic takedown and battle. The nightmarishly polluted and dangerous Hive City is home to Houses Orlock, Escher and Goliath, each seeking to come out on top.

Dive deep into the twisted tunnels of the Underhive in the game’s compelling story campaign and Salvage Operations, where rival gangs will fight to the bitter end for personal power, wealth, survival and honor. Command, evolve and customize your gangs against the AI or with up to three friends online. The choices — and consequences — are yours, but only the strongest will survive.

Coming up fast, Necromunda: The Underhive Wars is set to land on the PC, PS4, and Xbox One this summer. pre-orders are live for the digital PC version right now, on Steam.

Jason's been knee deep in videogames since he was but a lad. Cutting his teeth on the pixely glory that was the Atari 2600, he's been hack'n'slashing and shoot'em'uping ever since. Mainly an FPS and action guy, Jason enjoys the occasional well crafted title from every genre.
@jason_tas
Previous Mattel goes back to Jurassic Park for Nedry and Dilophosaurus Amber Collection figures
Next Rocketeer, IT, Guardians of the Galaxy and more, all on sale this week from DST