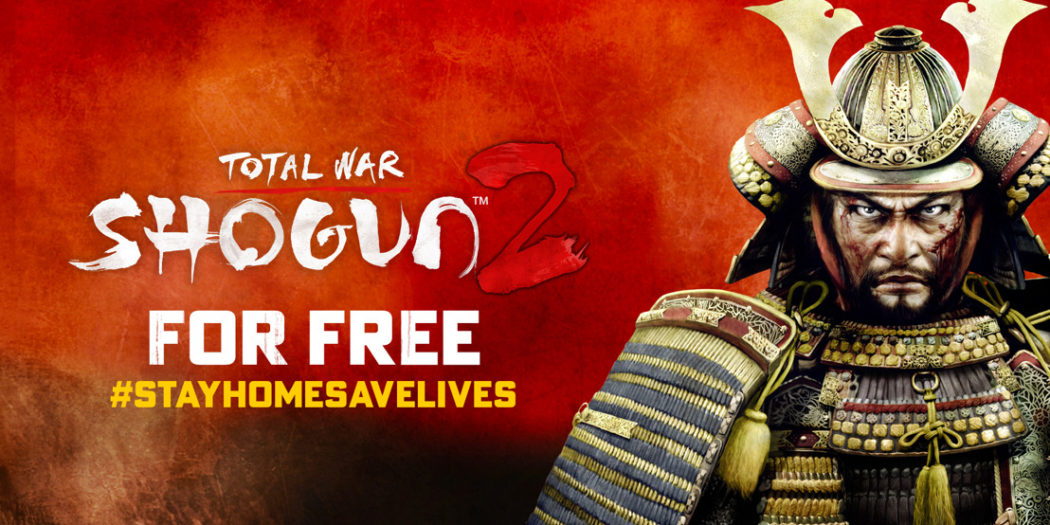 PC gamers stuck at home during the quarantine will be happy to know that they’ve got something new to play next week with a free copy of Total War.

Total War is a fairly long running series of military strategy games on the PC, and the latest has gotten quite a bit of acclaim. Total War: Three Kingdoms arrived last year, and focused its action in ancient China.

The series has been all over the place though, from France to Rome to the fantasy world of Warhammer. That includes old Japan, where Total War had two outings, in Shogun and its sequel. And it’s that latter game that Sega is actually giving away for free on Steam next week.

If you’ve never tried the series, Shogun II is one of the best. Launching in 2011, the game received excellent marks from critics and has exceeded some 600k units sold according to its Wiki.

And as of this coming Monday, you can grab a copy for yourself for free.

Total War: SHOGUN II will be free-to-keep on Steam from Monday 27 April until Friday 1 May. Within this epic homage to Feudal Japan, players can recreate an iconic clash of traditional samurai culture, build vast empires from Fukushima to Hitachi, or enact cunning schemes through spy and assassin networks. With hundreds of hours of campaign and battle to play, we hope it helps make the days a little brighter.
If you would like to learn more about the Total War: SHOGUN II giveaway, please see our FAQ here.

Jason's been knee deep in videogames since he was but a lad. Cutting his teeth on the pixely glory that was the Atari 2600, he's been hack'n'slashing and shoot'em'uping ever since. Mainly an FPS and action guy, Jason enjoys the occasional well crafted title from every genre.
@jason_tas
Previous Fame and Infamy has come to Tropico 6
Next Google’s Stadia blasts past 1 million installs thanks to free offer