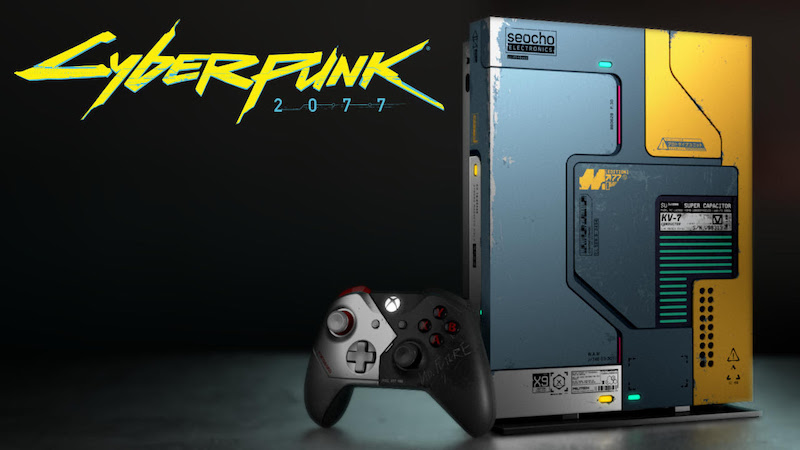 If you’re in the market for a new Xbox One X, you might want to see what’s on tap for the launch of Cyberpunk 2077. This is no simple repaint.

When you’re talking about limited edition consoles to go along with game launches, you’re more often than not just talking about a new coat of paint. Sometimes these consoles can look pretty slick, even pushing some gamers to trade in what they’ve got to grab the latest look.

This though, is not that. Yes, the “Cyberpunk 2077” Xbox One X does have some awesome paint apps, but as you’ll see in the trailer below, it’s got a bit more going for it as well.

Created in collaboration between designers from CD PROJEKT RED and Microsoft, the limited-edition, 1TB console encapsulates the urban decay and vibrant tech of Night City. Its design features glow-in-the-dark elements, custom decorative panels, LEDs, color-shift effects, and textures — all evoking numerous facets of Cyberpunk 2077’s dark future setting. The console comes with an Xbox wireless controller uniquely inspired by the character of Johnny Silverhand, featuring a half natural, half cyber-enhancement chrome design. Available as part of the bundle later this year, the controller can also be purchased separately right now at select retailers, including the Microsoft Store.

What do you think? Is that enough to get you to upgrade your One X, even with the Series X right around the corner? Maybe so, if you’re a big enough CD Projekt Red or Cyberpunk fan. Maybe it might make a difference to know that you won’t have to wait for the game’s launch to get one.

According to Microsoft, the Cyberpunk 2077 Xbox One X is set to launch this June. It looks like it does include a copy of the game too, from the teaser site. Presumably that’s a code for download, to net you a digital copy when the game hits retail this September the 17th.

Jason's been knee deep in videogames since he was but a lad. Cutting his teeth on the pixely glory that was the Atari 2600, he's been hack'n'slashing and shoot'em'uping ever since. Mainly an FPS and action guy, Jason enjoys the occasional well crafted title from every genre.
@jason_tas
Previous Frank Miller’s Daredevil run on sale on Marvel Digital
Next Play Valfaris right now, in your browser with new streaming tech