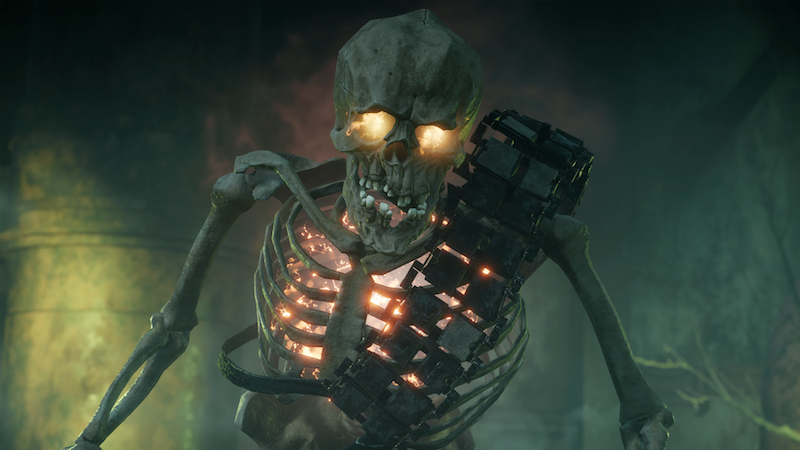 Bethesda’s wasteland romp gets a little deader with Terrormania, the new DLC expansion that hit today for Rage 2.

Trip to the Deadlands

What’s worse than a post-apocalyptic wasteland, filled with mutants, giants, and insane nasties looking to blast you into bits? How about roughly the same thing, except they’re all creepy skeletons and you’re trapped in a hellish netherrealm?

That’s Terrormania in a nutshell. Well, that and you get to wield an awesome looking power sword.

RAGE 2’s latest expansion, RAGE 2: TerrorMania, is available now on PC, Xbox One and PlayStation 4. Players can dive in now to explore the Deadlands, the twisted and cursed alternate reality of the wasteland. Slice down skeletal goons with a powerful new sword (that doubles as a cursed-gate opening key) and discover warped versions of familiar locations as well as brand new locales. Track down fragments of the shattered NecroDisc and shut the gateway to this alternate dimension for good.

Ready to dive back into Rage 2, for a brand new quest? Terrormania is available now from the in-game store. It’ll cost you 500 Rage Coins, or $5 USD. If you’re a Rage-aholic though, you might want to have a look at the TerrorMania Digital Deluxe Upgrade.

Jason's been knee deep in videogames since he was but a lad. Cutting his teeth on the pixely glory that was the Atari 2600, he's been hack'n'slashing and shoot'em'uping ever since. Mainly an FPS and action guy, Jason enjoys the occasional well crafted title from every genre.
@jason_tas
Previous Street Fighter’s Chun-Li becomes a Power Ranger in new game
Next Black Adam finally coming to theaters in 2021