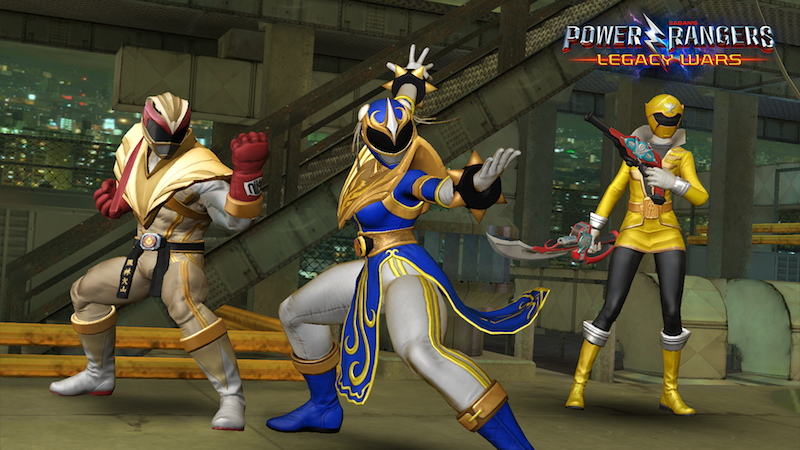 Maybe the strangest crossover of the year spins out of the Power Rangers: Legacy Wars, and sees Street Fighter’s Chun-Li donning some iconic garb.

So, this is odd, though also kind of neat. First, if you’re not aware, Power Rangers: Legacy Wars is a mobile fighting game.

From developer nWay, Hasbro, and Lionsgate, the game is already home to a cadre of Power Rangers characters, as well as Street Fighter’s Ryu. He debuted a while ago, and now that crossover continues with the likes of M. Bison and of course Chun-Li.

Chun-Li Ranger is a brand new character created by nWay in partnership with Capcom and the POWER RANGERS creative team. Street Fighter characters first crossed over into Power Rangers: Legacy Wars last spring and marked one of the most successful events in the game’s three year history as it introduced Ryu Ranger, a POWER RANGERS: Legacy Wars exclusive character where Ryu received a Power Coin and morphed into a Power Ranger. Now filled with the power of the Blazing Phoenix, Chun-Li’s moves can set her opponent ablaze with blue phoenix fire. Flip in with a Kasairyuu (Volcano Kick) into Houohmai (Phoenix Dance), activate your super to unleash a brutal Senhoukyaku (Thousand Phoenix Kicks), then toy with your foe as they deal with the heat.

Jason's been knee deep in videogames since he was but a lad. Cutting his teeth on the pixely glory that was the Atari 2600, he's been hack'n'slashing and shoot'em'uping ever since. Mainly an FPS and action guy, Jason enjoys the occasional well crafted title from every genre.
@jason_tas
Previous Massive Crisis on Infinite Earths box set arrives
Next Terrormania arrives for Rage 2