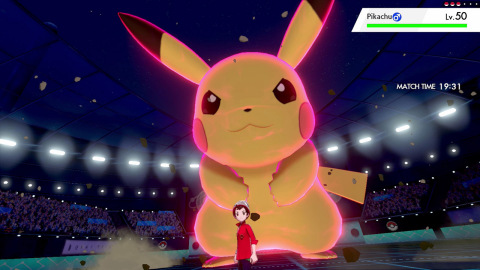 Nintendo Download: Forge a Path to Greatness in Pokémon Sword and Pokémon Shield

Happy Poké-week. Maybe. Depending on which side of the fence you’re on, this is a good week for the Switch, thanks to 2 new Pokémon games.

Let’s be honest, the ‘controversy’ surrounding this week’s Pokémon games is kind of manufactured. Yes, there are some fans who are done on the two new titles, but there are plenty who aren’t. And really, even the ones who are down on them are probably going to play ’em eventually anyway.

Now, if you’re not a Pokémon fan at all, well that’s where this week kind of falls apart. Completely. Yes, Pokémon Sword and Shield are here, but really nothing else is.

Children of Morta is out, though that might be an acquired taste, and so is Garfield Kart: Furious Racing, though that’s obviously not a big name title either. Nonetheless, we’ve got the full list below for your perusing anyway.

Jason's been knee deep in videogames since he was but a lad. Cutting his teeth on the pixely glory that was the Atari 2600, he's been hack'n'slashing and shoot'em'uping ever since. Mainly an FPS and action guy, Jason enjoys the occasional well crafted title from every genre.
@jason_tas
Previous The Toys That Made Us returns with season 3
Next Blasphemous, Jak X hit Limited Run Games this week