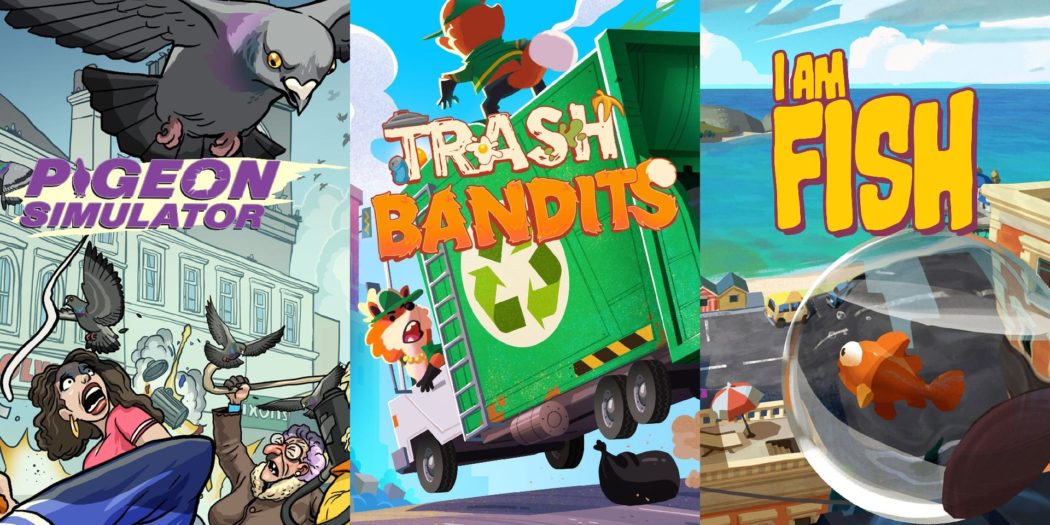 Home / News / Bossa Studios Want YOU To Choose Their Next Game

Bossa Studios Want YOU To Choose Their Next Game


You may be familiar with games such as Surgeon Simulator or the infuriating I Am Bread. Let’s be honest, they’re both infuriating, but great games. Well now Bossa Studios is wondering what they should make next and to help make that decision they want you to decide. That’s right, you, me and everyone inbetween.

To help them decide, Bossa Studios will be putting out three free playable prototypes. These will be available from 30th October to 28th November. Giving feedback on each prototype will help Bossa make a final decision on which one to move forward with.

Up for your consideration is Pigeon Simulator, Trash Bandits and I Am Fish.

Pigeon Simulator has the player taking control of…you guessed it, a pigeon. As the flying rat you will flying solo or with up to 3 friend to try and survive extermination squads while simultaneously causing havoc. Just like a real pigeon!

Then we have Trash Bandits. Stepping into the furry paws of a group of foxes, this 2-4 player coop experience will have players racing around collecting as much rubbish as possible. All the while trying not to throw fellow foxes into the garbage crushing lorry.

I Am Fish. What 11 year old me would’ve given to have this game back then. This one reminds me of the dentist’s fish in Finding Nemo. You’ll play as a fish in a bowl trying it’s darnedest to make it’s way back to the ocean. On this mighty journey you’ll have to take great care not to smash the bowl by falling or being hit by cars. I can only imagine there’ll be plenty of other ways to meet your demise on the way.

Bossa Studios will be having a Twitch stream at 15:00 GMT (11:00 ET/8:00 PT) which will show some more gameplay from each prototype and developer interviews.

Massive game and movie enthusiast. In any free time I'm always playing something or watching something. I didn't choose the hermit life.
Previous WWE 2K20’s Bump in the Night Halloween content ready
Next The Surge 2’s Season Pass available now