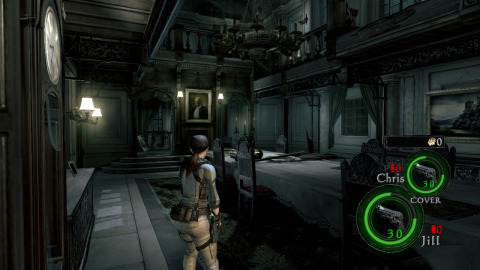 Nintendo Download: Zombies, Monkeys and Vampires on the Go!

A fright filled Nintendo Download brings ports of Vampyr and Resident Evil 5 and 6. Not so fright filled though, is Super Monkey Ball: Banana Blitz HD.

A monkey in a ball?

Yes, Monkey Ball makes its triumphant return this week, in a re-release from Sega. Super Monkey Ball: Banana Blitz HD promises to update a Monkey Ball title that we last saw a few generations ago. It’s just one of the headlining games this week to hit the Switch, and the rest are a little more spooky.

Resident Evil 5 and the much more action-oriented 6 both appear for Nintendo’s console, and just in time for Halloween. Those looking for a little more of an RPG get a nice little treat too however, with Disgaea 4 Complete+.

And with Halloween right around the corner, I’d be remiss if I didn’t mention Vampyr. Released not long ago on other platforms, action-role player Vampyr casts players as a doctor infected with vampirism during the legendary Spanish Flu outbreak. It’s looking like it might be pretty sharp on Switch.

As usual, there’s a ton more releases too, so scroll down for the full list.

Jason's been knee deep in videogames since he was but a lad. Cutting his teeth on the pixely glory that was the Atari 2600, he's been hack'n'slashing and shoot'em'uping ever since. Mainly an FPS and action guy, Jason enjoys the occasional well crafted title from every genre.
@jason_tas
Previous Lovecraftian goes VR with Into the Radius
Next New horror title Underworld Dreams coming to Switch