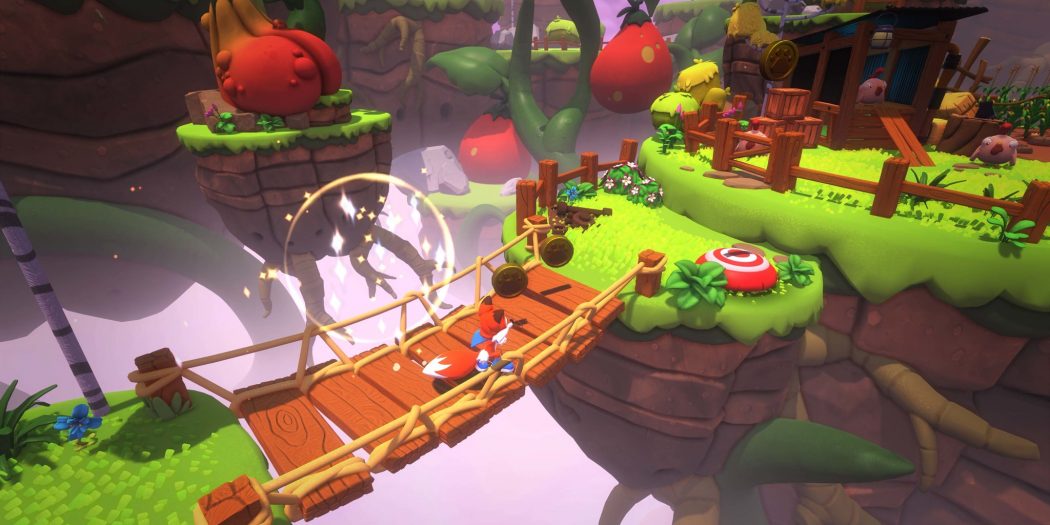 Formerly an Xbox exclusive, 3D platformer Super Lucky’s Tale is coming to the Switch. Playful Studio has announced it’s on the way this Holiday.

If you missed Super Lucky’s Tale on the Xbox One, then you missed a fun, kid-friendly platformer. That’s not something that you see every day, well not these days anyway.

Developer Playful Studios created a title that was cast in the mold of classics like Banjo Kazooie and Mario 64. And now it’s coming to the Nintendo Switch in New form.

As far as I can tell though, the “New” in the name is just to differentiate it from the Xbox One version that hit last Holiday. It doesn’t seem as though there’s anything different from that version and this one. Unless you count it being portable now that is.

Have a look at the new version in action:

New Super Lucky’s Tale is a love letter to classic 3D platformers, with tons of collectibles to gather, rewarding secrets to discover, memorable characters to meet, and stylish costumes to show off. Climb incredible heights, jump agilely over danger, burrow deep underground, and explore amazing worlds on an epic quest to rescue the Book of Ages from the nefarious Jinx and his Kitty Litter underlings!

New Super Lucky’s Tale is burrowing its way to the Nintendo Switch in physical and digital formats on November 8th.

Jason's been knee deep in videogames since he was but a lad. Cutting his teeth on the pixely glory that was the Atari 2600, he's been hack'n'slashing and shoot'em'uping ever since. Mainly an FPS and action guy, Jason enjoys the occasional well crafted title from every genre.
@jason_tas
Previous New ROM comic tells of Dire Wraiths and moon landings
Next Is Doom 64 on the way? Rated for PS4 and PC