Stranger Things Volume #1: The Other Side (Comic) Review

Following on the coattails of the highly successful Netflix series “Stranger Things“, Dark Horse publishes “Stranger Things Volume #1: The Other Side“. The comic follows Will Byers’ unseen journey through the “Upside Down” during Season 1 and shows what occurred from his perspective. The comic has a solid retro feel and references events that occurred in the show. Pairing it up with the show, the comic holds a lot of strength as a supplementary story. Fans of the show should enjoy this read, but the story and dialogue are fairly simple.

The story follows Will Byers’ terrifying encounter with the Upside Down after being abducted by the Demogorgon in Season 1 of the show. A narrator provides additional commentary as the comic cuts between the real world and the Upside Down. The cuts draw parallels between Will’s experiences with the Upside Down and the Dungeons And Dragons‘ sessions he played with his friends, Mike Wheeler, Dustin Henderson and Lucas Sinclair.

The comic provides background to what Will’s perspective was during Season 1 and the events that had occurred. The pacing is good and continuity seems to be maintained for the most part between the show and the comic. However, as a standalone, readers not familiar with the show won’t get as much out of the comic as Stranger Things fans would. I’d recommend this comic only to those already familiar with Stranger Things and for non-watchers to watch the show and return to read the comic.

Will is the main protagonist of the comic. Unlike in the first season of Stranger Things, we see more of his personality showcase here as he struggles to overcome despair and hold onto hope. His “D&D” sessions with his friends play a part into his thinking of how to tackle this world and the Demogorgon. We see him interact with other characters as he did in the first season and how it ties into his survival.

The art style reminds me of older comics with fairly detailed pencil work that are then inked in and painted. The colored portions have an aged texture applied to make the comic appear “older”. I’m guessing it’s in order to make the comic seem like it’s from the year Stranger Things takes place in (1983). It’s well done and tasteful. Scenes are enriched by the level of detail and content within them.

The dialogue is simple and, if my memory from Season 1 serves correct, pulls actual lines from the episodes into the comic. The narration provides more interesting commentary than if it had been Will on his own. It’s as if Will himself is the narrator at times, writing his own heroic but desperate tale.

Stranger Things Volume #1: The Other Side is a good read but very simple. The story follows what was mainly setup from Season 1. The strong art and illustrations make up for the straightforward tale. There are some “Easter Eggs” for fans of the series and if one wants to know what Will was doing the whole time in the Upside Down, this is it.

A review copy was supplied to BrutalGamer by Dark Horse Comics

Great art but simple story and dialogue. A lot of enjoyment from reading this is from piecing together the events from Stranger Things Season 1 and the comic.

Megan here! I am pretty well versed in all things weaboo and geek. I've loved videogames since I was born and even made my own for my 3rd year of Multimedia at the University of Pretoria in sunny South Africa. I have enjoyed anime from the days when Pokemon was considered satanic and Aniplex used to exist on DSTV. In the past couple years I have really gotten into manga, particularly Berserk to see where the story headed after the original anime. If there's one thing I will always love 110% it is cats. Don't doubt my faith in my love for felines.
Previous The SNES Omnibus Volume 2 (Book) Review
Next World War Z is a Zombie Slaughter House 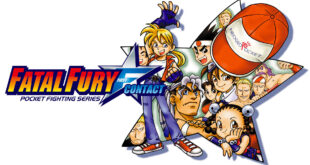 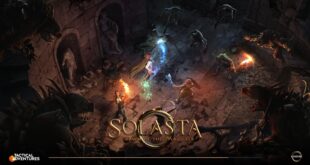 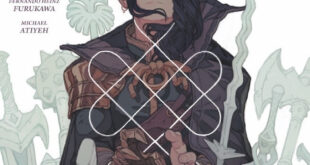