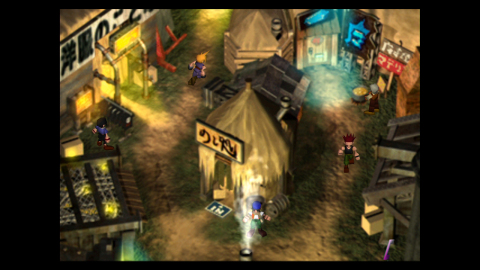 It’s Final Fantasy VII week on the Nintendo Download. Square Enix’ classic takes center stage, though it joined by a few other gems.

Is Final Fantasy VII the greatest FF title of all time? Maybe, though every entry in the classic RPG series has its legions of fans. It just might be the best loved one though, from the PSOne era. And now, of course, it’s on Switch. So if you haven’t played through it dozens of times already on the 15 other platforms it’s available for, well you’re time has arrived.

Though FFVII isn’t alone this week. And if you’re not that much of a fan, then you’ll be happy to know that Blaster Master Zero 2 has arrived as well, bringing more of the retro-styled shooting action to Nintendo’s console. On top of that, there’s also Unravel Two, and Nuclear Throne, among others.

It’s a pretty stacked week honestly, with even a 3DS game… and a Wii U title too! Check out all of the above, below.

Jason's been knee deep in videogames since he was but a lad. Cutting his teeth on the pixely glory that was the Atari 2600, he's been hack'n'slashing and shoot'em'uping ever since. Mainly an FPS and action guy, Jason enjoys the occasional well crafted title from every genre.
@jason_tas
Previous The Textorcist: The Story of Ray Bibbia – DEMO (PC) Review
Next Episode 59: Packed Show