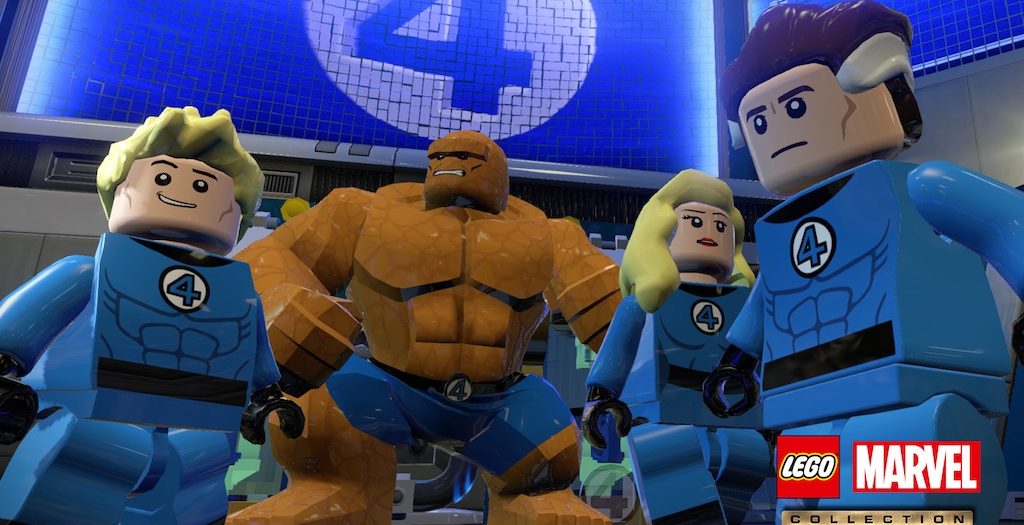 Miss out on the LEGO Marvel games? Then your day has arrived. The LEGO Marvel Collection is finally here, presenting a package of three games.

The LEGO Marvel U

All three are loaded up with Marvel Easter Eggs, and petty for fans to latch onto. They’re also some of the only Marvel Comics related games to hit consoles in the last few years.

There’s been a real dearth of them past the (awful) Sega movie games after all. While we’ve got Marvel’s Spider-Man now, there’s still nothing that’s got a wider scope. Well, not till Ultimate Alliance 3 anyway, and that’s a Switch exclusive.

So if you’re looking for some games that feature almost the whole of the Marvel U, these would be them. And as a nice little bonus, they’re mostly great fun too.

Check out the official trailer and rundowns below. LEGO Marvel Collection is available right now for the PS4 and Xbox One.

In LEGO Marvel Super Heroes, players take on the role of their favorite Marvel characters Spider-Man, Iron Man, Wolverine, Thor, Captain America and the Hulk, as they assemble in a completely original story. Players will battle against some of the most menacing Marvel Super-Villains, including dastardly Doctor Octopus, the ghastly Green Goblin, the ruthless Red Skull, the vicious Venom, Thor’s vexing brother, Loki, as well as the Devourer of Worlds, Galactus.

LEGO Marvel’s Avengers features storylines from the critically-acclaimed film Marvel’s The Avengers and its sequel Marvel’s Avengers: Age of Ultron and players can unlock more than 200 characters, including Black Widow, Captain America, Hawkeye, Hulk, Thor and Iron Man. The game features a unique take on open world gameplay, with eight different environments to explore within the Marvel Cinematic Universe, including the expansive streets of Marvel’s New York, as well as Asgard, Barton’s Farm, Malibu, the S.H.I.E.L.D. Base Exterior, Sokovia, South Africa and Washington, D.C. Players can freely roam around these open world locations in any way they’d like, such as super jumping off skyscrapers with Hulk, speed running over water with Quicksilver or even play as giant characters, like the menacing Fing Fang Foom, who can grow to the size of tall buildings.

Jason's been knee deep in videogames since he was but a lad. Cutting his teeth on the pixely glory that was the Atari 2600, he's been hack'n'slashing and shoot'em'uping ever since. Mainly an FPS and action guy, Jason enjoys the occasional well crafted title from every genre.
@jason_tas
Previous DC Comics reveals City of Bane
Next Devil May Cry V (PC) First Impressions