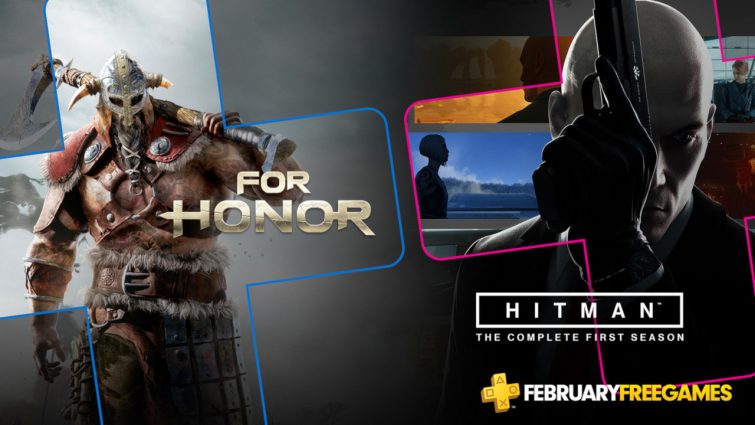 Some very nice things indeed coming up for PS+ subscribers next month, including some great games, and a 100GB cloud storage expansion.

So, first of all, February’s PS+ is giving gamers 100GB of cloud storage. That’s a fair bit better than the 10 gigs that they have now, which is terrific all by itself. Then there are the games.

Hot off a second installment, Hitman’s revival as a series is in full swing. And next month you’ll be able to play the entire first “season” of the game for free. This is the game that brought Agent 47 back from industry oblivion, and brought about a whole new generation of fans.

In addition, PS4 gamers can get their hands on For Honor. Focusing on melee action, the PvP-centric multiplayer game didn’t have much staying power, but nonetheless seems pretty cool. What other game gives you the chance to play as a Viking, Knight, or Samurai?

Also standing out this coming month is Metal Gear Solid 4: Guns of the Patriots for PS3. Critically acclaimed, MGS4 might be a little long-winded, but it was also the last hurrah for the original Solid Snake. So it’s kind of a big game in the series.

All of the above (and below) is set to become available on February 5th. I’d say clear out some hard drive space, but with that 100GB of cloud storage, you might not have to.

Jason's been knee deep in videogames since he was but a lad. Cutting his teeth on the pixely glory that was the Atari 2600, he's been hack'n'slashing and shoot'em'uping ever since. Mainly an FPS and action guy, Jason enjoys the occasional well crafted title from every genre.
@jason_tas
Previous Xbox Games With Gold: Bloodstained: Curse of the Moon, Super Bomberman, Assassin’s Creed: Rogue: Jedi Knight: Jedi Academy
Next Nintendo Download: Get Your Wargroove On