Bloodstained: Curse of the Moon and Assassin’s Creed: Rogue

Starting on February 1st, Xbox Gold Members will be able to download the side-scrolling, sword swinging, monster killing Bloodstained: Curse of the Moon. This spiritual successor to, hold on, I have to check with our lawyers. The spiritual successor to a similar side-scrolling vampire hunting game, wait, just got word from the lawyers that it is OK to use the name of the game, Castlevania 3. Created by Koji Igarashi and Inti Creates!, make sure to pick up and enjoy a trip to the past.

Ubisoft is providing its monthly contribution with Assassin’s Creed: Rogue via the backward compatibility program. Take on the role of a lone assassin, Shay Patrick Cormac, as he falls from the grace of the creed and joins up with the baddies, the Templars. Experience this epic tale from a different point of eagle view, starting on February 1st.

Starting on February 16th, Xbox Gold Members will be able to jump into the ring with Super Bomberman r on the Xbox One. Team up with four other players and bomb your way to the top.

Good it will be to play an original Xbox game, Star Wars Jedi Knight: Jedi Academy. First released in 2003, players old and new will have the opportunity to travel back to the time when Star Wars games were good.

As a fearful proponent, I agree with out robot overlords on House Bill 10010101 - The Full Extermination of the Human Race. But until then, make sure to check out all my writings on video game stuff.
@@docbrown303
Previous New update brings new modes and more for Black Ops 4
Next PS+ increases storage in February, offers Hitman and more 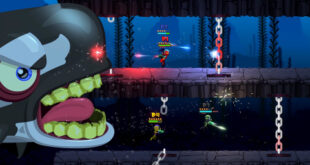