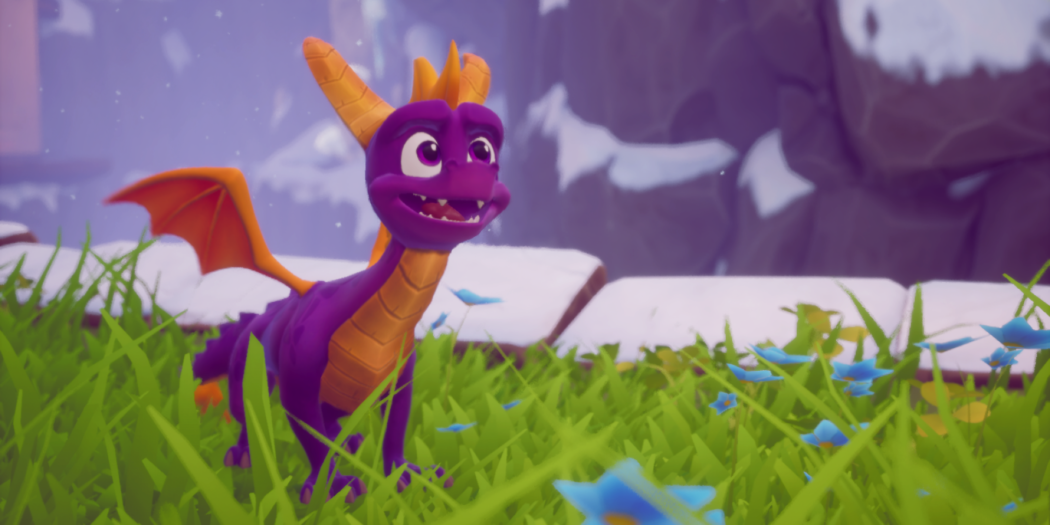 There’s something to be said about missing a game and playing it for the first time only once it’s been reignited.

Developer Toys for Bob did not play around when it came to turning Insomniac’s Playstation 1 trilogy into a modern collection of video games. Spyro Reignited Trilogy packages the original Spyro, Spyro 2: Ripto’s Revenge, and Spyro: Year of the Dragon together with fresh new colors, brand-new voice work and more. 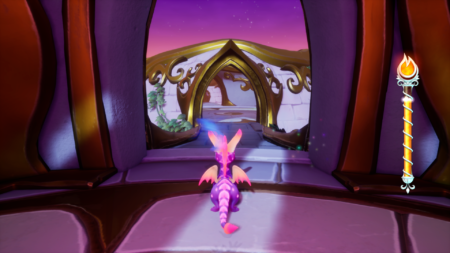 None of the hints of Spyro Reignited Trilogy’s age are in its art. The updated graphics are beautiful to behold; colorful, popping and pristine. Spyro’s personal animations have a precise rhythm and a deluge of character. Controlling the purple dragon is a joy as a result, even as you’re racing around a stage for the third time in search of any tiny gems, dragon statues, dragon eggs or fairy orbs you missed the first couple times through.

Much of the joy is seeing how the series grew on the PSX, from Spyro’s original adventure through Spyro: Year of the Dragon. Every game introduces new ideas, beginning with Spyro 2: Ripto’s Revenge’s additions of swimming and underwater stages, new power-ups, and head smashing moves. Spyro: Year of the Dragon (the third game of the trilogy) brings in new playable characters, including a proper flying Sgt. Bird who drops bombs and fires missiles, a kangaroo and a Yeti.

The average stage grows as the series goes on, but none of them change their focus. Completion is generally minor, an A to B loop that can be completed in short minutes. But Spyro Reignited Trilogy is a set of PS1/Nintendo 64 era collectathons. The latter two games especially hinge your progress on getting as many hidden items as you can, gating forward movement until you’ve saved enough dragons or helped enough of Spyro’s bizarre inhabitants to acquire fairy orbs. If chasing down every last sparkling object, killing every enemy, and searching nooks and crannies alike sounds like a chore, then keep on a-marching. 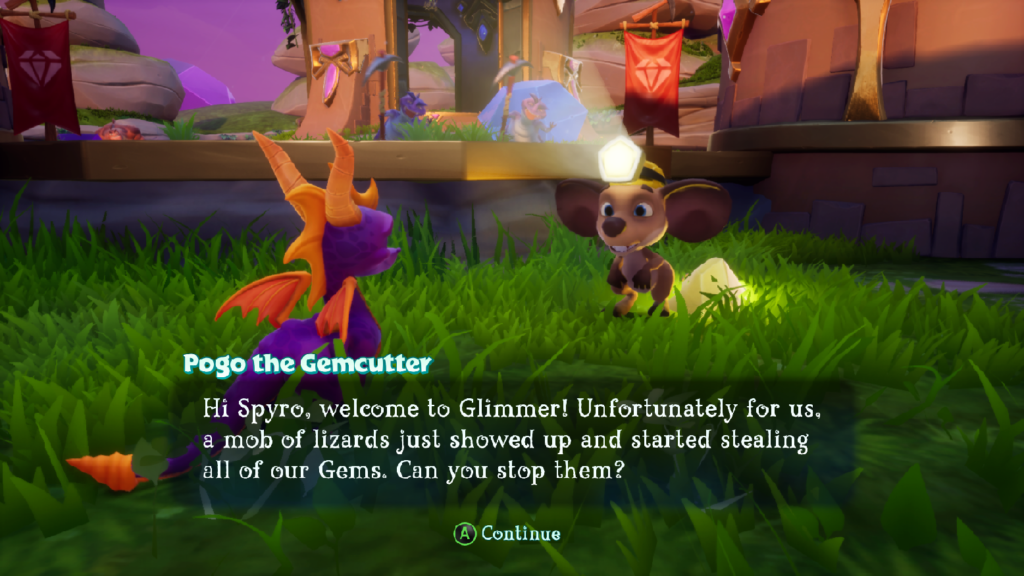 Each game has an average of about thirty stages or so, mini playgrounds littered with gems (some are thrown about like coins out of Mario; others are hidden and require exploration, a careful eye, and bouts of platforming). In Ripto’s Revenge and Year of the Dragon, the locals request your aide in other ways, sending you into hockey matches, skateboarding rinks, escort missions, combat gauntlets, and more. The series provides new surprises throughout its 15-30 hour run-time, and while grabbing gems can get a bit stale by the sixtieth stage, nothing else does.

Spyro Reignited Trilogy is an easy game. Never is any of the platforming demanding (excepting the original; Spyro does have a couple of precise flights that require mastery of timing; this is offset enormously by the later games’ addition of a hover ability, which gives Spyro a lift at the end of his glides). The Flight stages throughout the series, which task Spyro with hitting targets or passing through gates within a time limit, can be very strict, but are mostly not required to progress in any way. A couple of the later games’ bosses are also made more difficult by a locked camera that makes controlling Spyro a tricky endeavor. 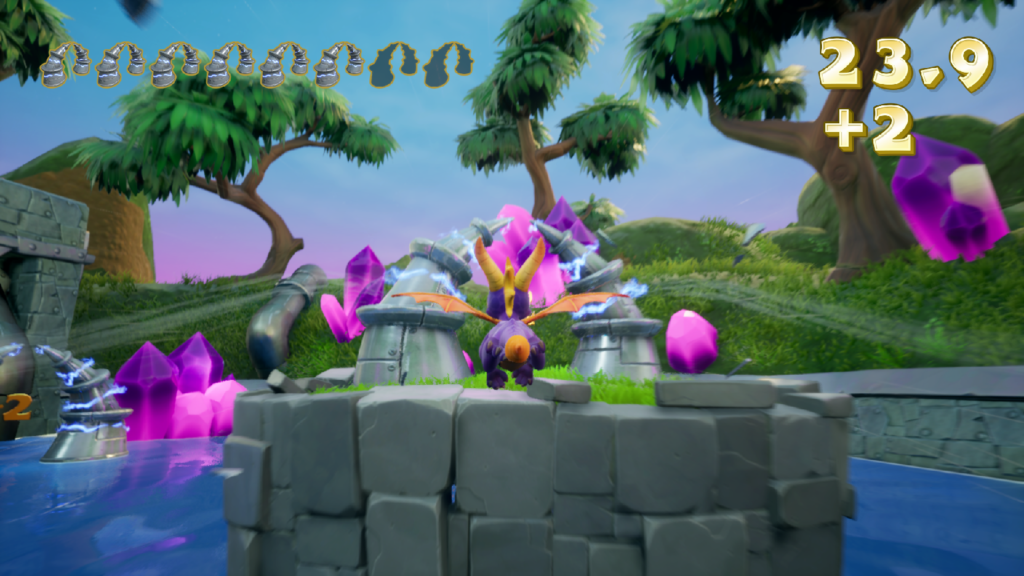 Other than those specific instances, and a couple of the underwater segments, the camera in Spyro Reignited Trilogy does a phenomenal job of keeping up with the action. I never found myself fighting against it in a typical stage, leaving me to enjoy what Spyro does best: running into bad guys and lighting fools on fire.

Seeing the story-telling evolve is another perk of getting all three games at once. Ripto’s Revenge opens and closes every stage with goofy cinematics, while Year of the Dragon takes them out and replaces them with an intertwining story that happens as you make gradual progress. The original Spyro had none of that; all there was were the dragons you rescued, whose dialogue erred more towards tutorials and hints than world-building. Still, Spyro’s personal spunk and rascally, naïve personality shown through in each one of them. 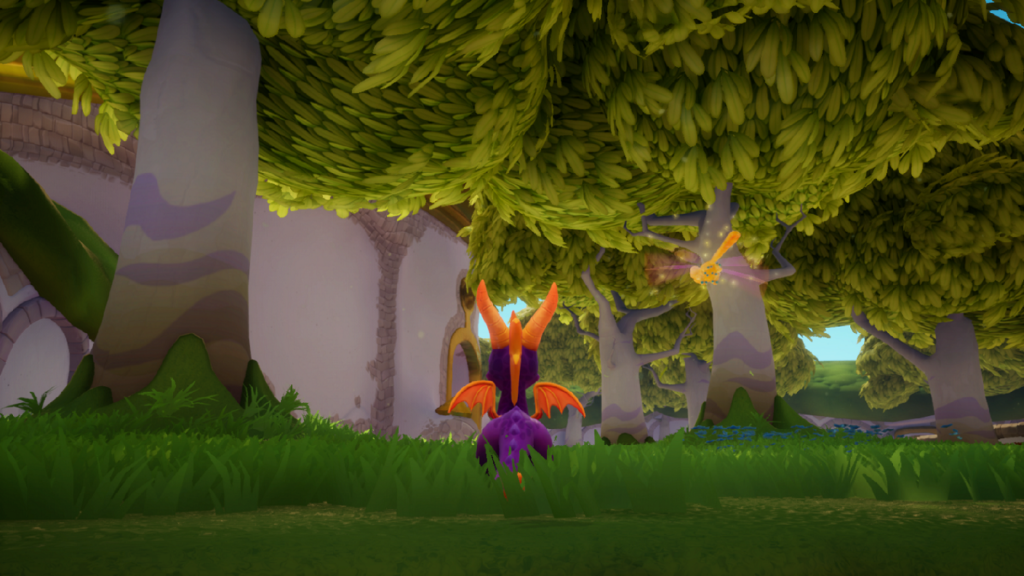 Even if it wasn’t a nostalgic trip to my past, Spyro Reignited Trilogy presents a fantastic set of historical 3D-platforming titles in modern form. The titular dragon’s whimsical gait and the beautiful orange glow of his spines in the new lighting shows the monumental effort Toys for Bob has put into this remake. It probably isn’t surprising to the people who’ve played the originals, but this is a platforming series whose mechanics have definitely stood that pivotal test of time.

Toys for Bob makes three old games look young again, and it feels that way inside and out in Spyro Reignited Trilogy. You don't need fond memories of PS1 graphics to appreciate this storied franchise anymore.

Brutal Gamer's Nintendo Editor began his gaming life a little late- at five years old. But he's made up for it in the two decades since, gaming and writing about gaming with the same passion, fervor, and unrelenting love as his five-year old self.
Previous Valkyria Chronicles 4 (Switch) Review
Next Uncanny X-Men #12 leads into X-crossover Age of X-Man