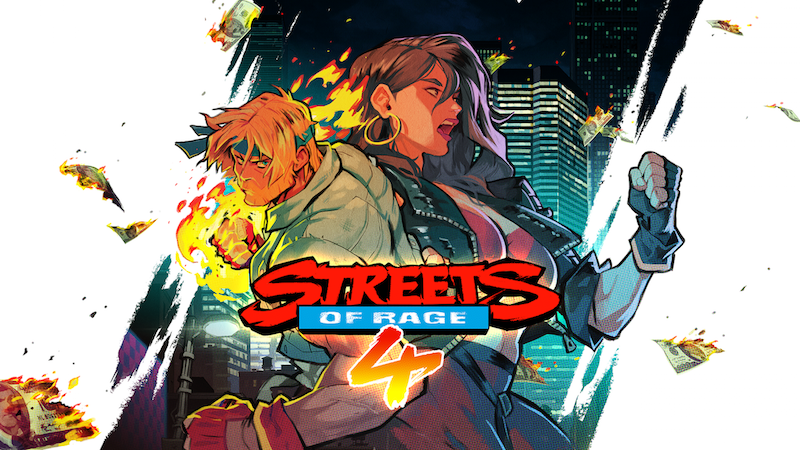 Home / Expo / Well, this was unexpected. Streets of Rage 4 announced, will be at PAX

Well, this was unexpected. Streets of Rage 4 announced, will be at PAX

If you’re a Sega Genesis fan, then you know exactly what Streets of Rage is. Well, get ready, the classic beat ’em up series is poised to make a brawling comeback.

First of all, thank you Dotemu. I was just thinking the other day about Streets of Rage, and how it completely vanished after the 16bit era. And here we are today, with a surprising fourth game in the series announced. Starring Axl and Blaze, this new title really takes the game back to its roots. Though, obviously, it looks a whole lot better than anything the Genesis could pump out.

SoR4 will take things to the streets for more of the familiar crook-bashing action that you remember. Expect classic arcade-styled “gameplay with new mechanics”, a fresh story that follows up on what’s come before, and both single and co-op play.

If you’re looking for further details though, you’ll have to wait for a bit. The game announcement today is basically all we’re getting till PAX West. It’s there that Dotemu and developers Lizardcube and Guard Crush Games will be showcasing the title.

It will not be playable at the show however, so keep that in mind if you’re going. Hopefully we’ll have more for you right here at BG then.

Jason's been knee deep in videogames since he was but a lad. Cutting his teeth on the pixely glory that was the Atari 2600, he's been hack'n'slashing and shoot'em'uping ever since. Mainly an FPS and action guy, Jason enjoys the occasional well crafted title from every genre.
@jason_tas
Previous July 2018’s Review Roundup: Mario Tennis, Mushroom Wars 2, Bomb Chicken and more
Next DC solicits April 2019 merchandise with Green Lantern, Batman, and more