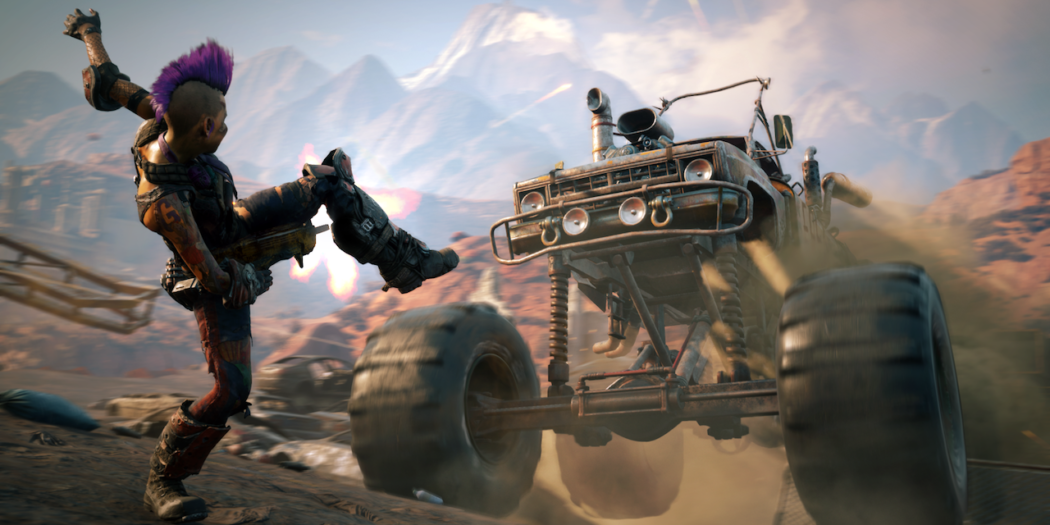 You’ll be able to get some hands on time with a number of Bethesda’s upcoming titles at PAX West. And yes that includes 2019’s Rage 2.

Rage in the cage

PAX West is shaping up to be a good con for fans of Bethesda’s various properties. While Doom Eternal won’t be on the show floor in playable form, plenty will. That’s including Rage 2, which will have demo live and ready to be played.

The fun is all because of Bethesda’s Gameplay Days event. Taking place at the Hard Rock Hotel, and not in PAX itself, the event will run on Friday August 31st and Saturday, September 1st. Both days will have a schedule of 1:30pm to 9:00pm.

There’ll be meetups, live-streaming and more, including those hands on demos. You’ll be able to play Rage 2, and also get some time in with The Elder Scrolls Online: Murkmire, The Elder Scrolls: Blades (on iPhone), Quake Champions, and Prey: Mooncrash. So there’s lots to do.

While the demos seems like first-come, first-served, there is an overall schedule for the Gameplay Days event. That looks a little something like this:

Jason's been knee deep in videogames since he was but a lad. Cutting his teeth on the pixely glory that was the Atari 2600, he's been hack'n'slashing and shoot'em'uping ever since. Mainly an FPS and action guy, Jason enjoys the occasional well crafted title from every genre.
@jason_tas
Previous Bad North (Switch) Impressions: Blood in the Snow
Next The original Defenders returning to the Marvel Universe