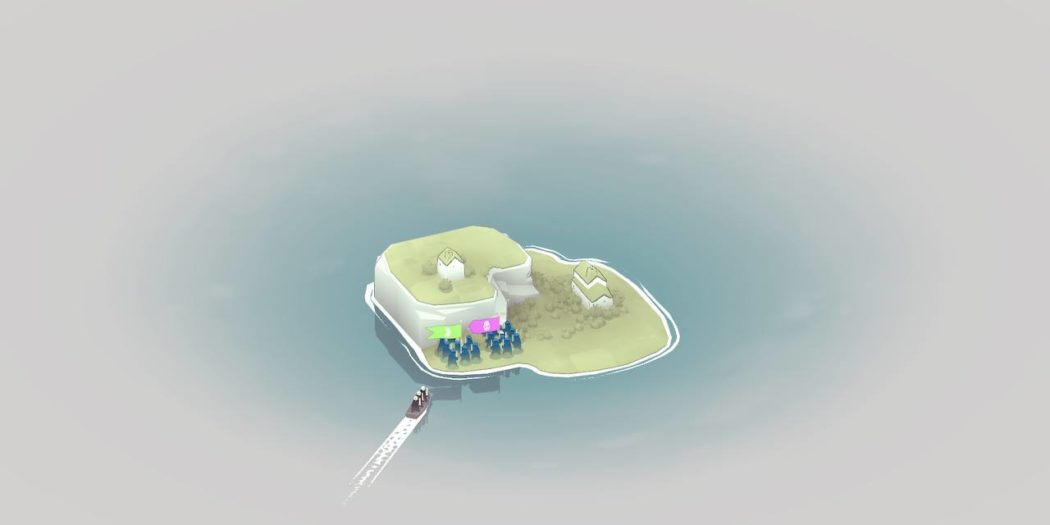 I knew before I put my boots on that first island to defend against waves of Vikings that Bad North was the perma-death, lose-and-start-from-the-top kind of game.

It took a little longer to figure out how to actually upgrade my units (hold down on the map screen, button users, and you too will get to have pikes and bows and arrows). I figured out that each house I successfully defend gives me gold, and I give that gold to any of the present units, pretty quickly. My armies made it to something like 25 gold each, before I decided maybe I could split into two groups to conquer more islands. 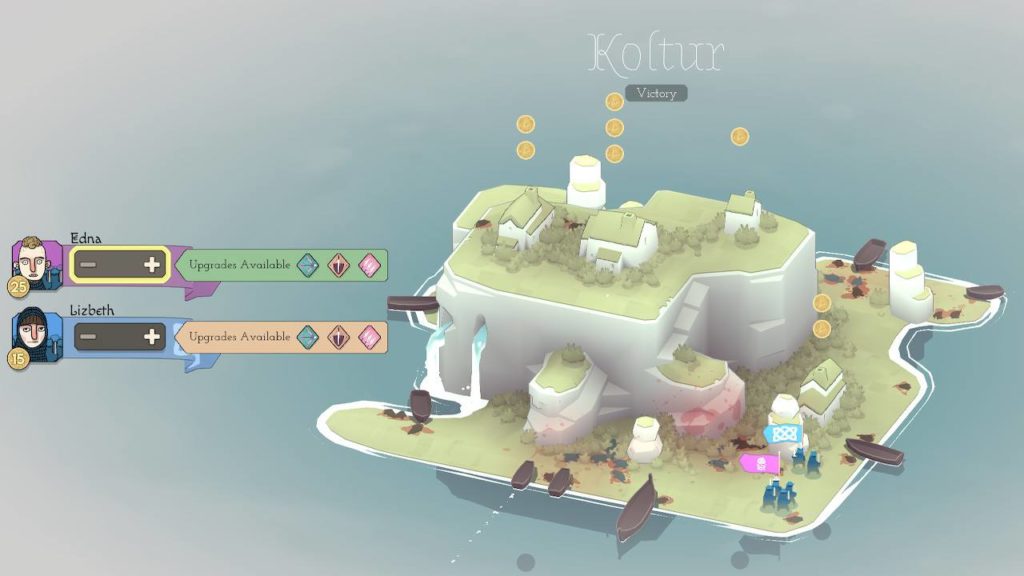 (After every battle, you’re returned to a world map, where you must pick a new island, taking into consideration the amount of gold rewards it will give you, the path it will open up, leading to other rewards, such as potential items or new commanders. Commanders must rest after battle, so splitting up into separate teams will let you clear more islands, before pestilence, or global warming, or tidal waves or whatever unexplained phenomena makes it so you must constantly be moving forward, makes then inaccessible.) 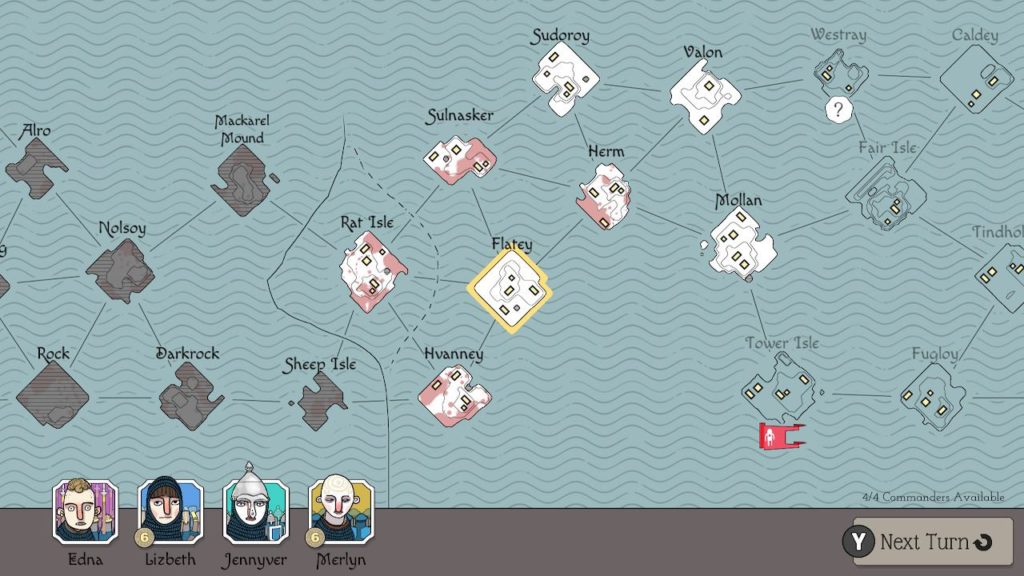 So I lost two commanders, and they took all their gold with them. By that time, the game’s sub-reddit had figured out how to upgrade by using buttons, so my last two armies were able to stick around. I made elite archers, and elite pikemen, and elite knights with swords and shields, and upgraded their equipment for instant reinforcements, and for doubled army size, and more bombs. I upgraded their abilities, so my pikemen could charge across the stage, skewering Vikings, and so my swordsmen could jump off cliffs like a bunch men following a creed.

The battles, which are simple bites of real-time strategy, with a focus on positioning and rock-paper-scissor advantages (or, in this case, shield-arrow-pike), were, for hours, very easy. I’d see the boats in the distance, and could calculate where they’d land, and move the correct unit to greet them on the beach. There would be more boats, sure, more often, making me race from one side of the (very pretty, minimalist) island to the other before I’d even finished killing a foe (the archers will take care of them). But it was all manageable. You can bring up to four commanders to an island, and with three possible classes, your fourth can be picked based on what the island needs. 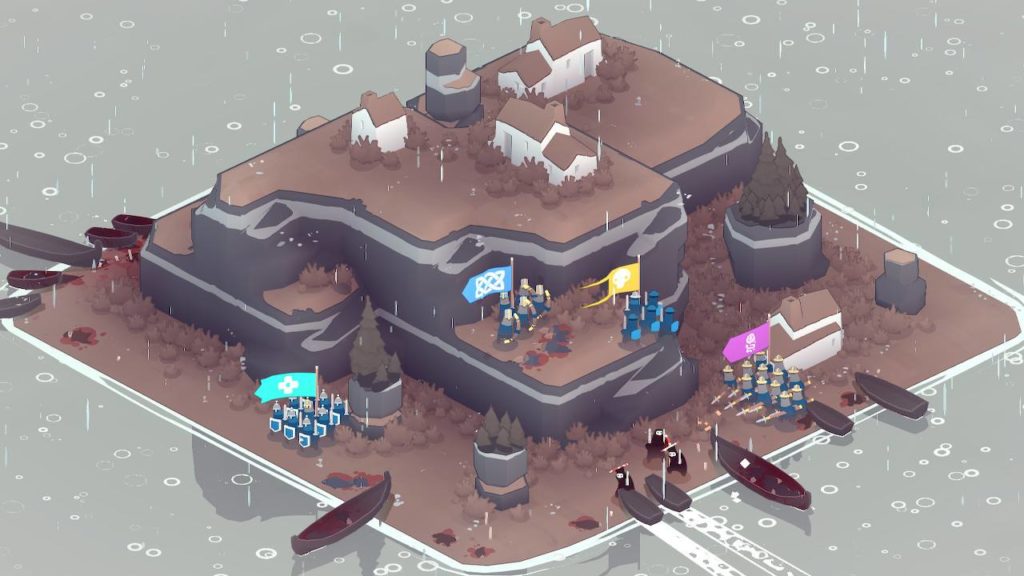 Except you can’t know what the island needs, until you’ve already started it. I’d make educated guesses- based on how many choke-points there were- but without knowing what’s going to hit the shore over the course of the next few minutes (just bites of strategy, remember), I couldn’t make the right decision. And this being a perma-death rogue-like, making the wrong one wasn’t rectifiable with another try.

For the first 75% of the game, it never really mattered. A pikeman, archer, and swordsman could take care of everything, whether they had more shields, more pikes, or more bows in that last slot.

And then the difficulty spike came.

Giants wielding ballistae turned my armies into kebabs. Enormous boats came in from every direction. They slaughtered my armies, and only one group managed to flee successfully (a command that lets you escape via enemies’ boats, letting your army survive, even if the homes you’re defending go up in smoke, trading potential experience for your save file). 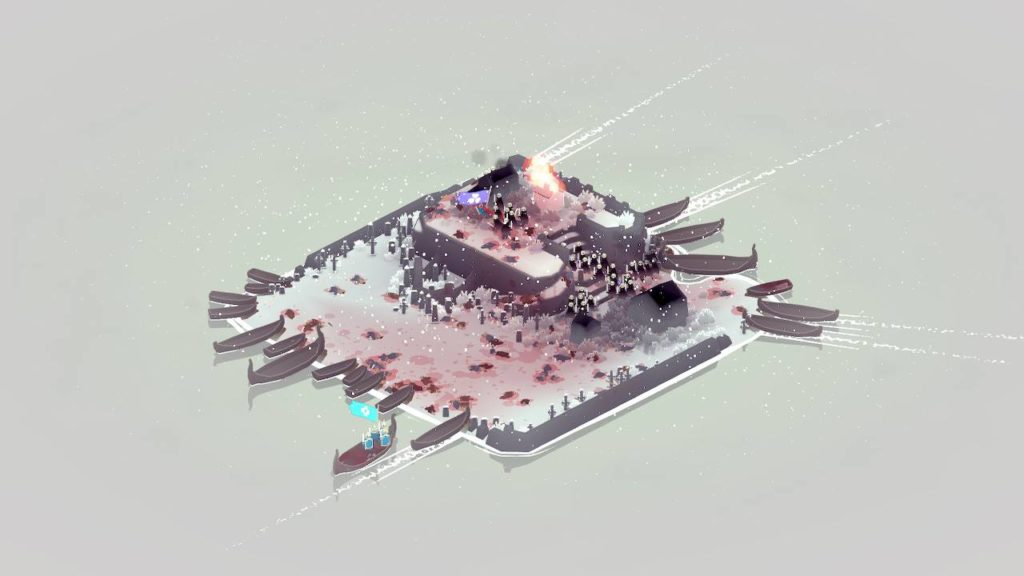 The game went from relaxing to sheer terror, without warning. Good men died that day, and I did a pretty good job of figuring out what I could have done differently, but it was too late. The nature of the game kicked me back to the first island. In another two hours, I’ll get back to that same part of the game, but maps are procedurally generated. My solution won’t apply.

Unfortunately, those two hours will be the same slog, changed from relaxing to boring because I will have done it all before. I won’t lose any commanders in the early stages now, because I’ll know better how to split up my armies, and I’ll equip my items to different army types, and I’ll have a better sense of how to survive the ballistae (but the cleaving giants with swords still don’t make any sense).

The best rogue-likes start at their hardest point. Throwing your head against a wall, run after run, should yield both improved player skills and a system of progression, eventually letting the player make sense of the difficulty, and the world, and the puzzles. When you’re crushed by a new enemy type, it’s not a big deal, because you’ll be able to start your next run with another tool, a new plan for how to prepare your character, and when you get back to that point, you’ll be all the more ready. 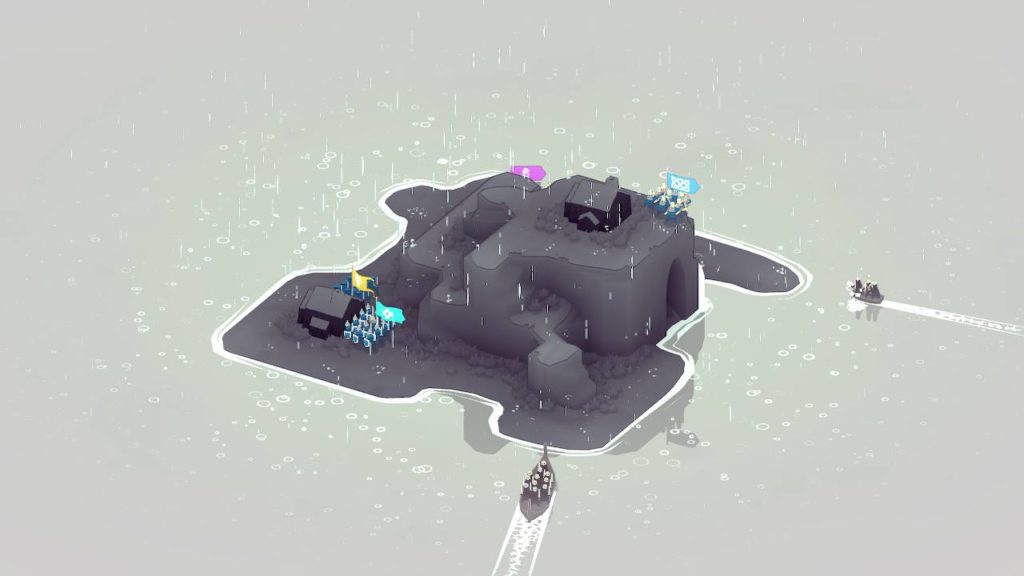 Bad North fails as a rogue-like for several reasons. First, it starts with its easiest stages. Your strategies and skillsets developed over the course of the last run barely even need to be applied for hours. There’s no progression between runs, whatsoever. And the variance in choices you can make are so few, that you’ll have tried every combination in just a couple of runs.

Bad North is not the kind of game, then, which you’ll play over and over again, once you’ve beaten it, subverting the whole reason for rogue-like design.

Without a story or progression, surmounting the challenge is the only reason to dive back into Bad North for another run. In a few hours, the game is over.

This is not an issue in itself. Bad North launched at $14.99. A few hours of Viking wave defense can be worth the money. But Bad North would have benefited, and still can, from an expansion of the rogue-like elements, a smoother difficulty curve (perhaps more suited to its sub-genre), more options in army customization, or, perhaps, an abandonment of rogue-like elements altogether, letting it be the relaxing strategy game the art and first two hours suggested it might have been.

Until then, I’ll be satisfied with just one more run, even knowing it will probably end like this. 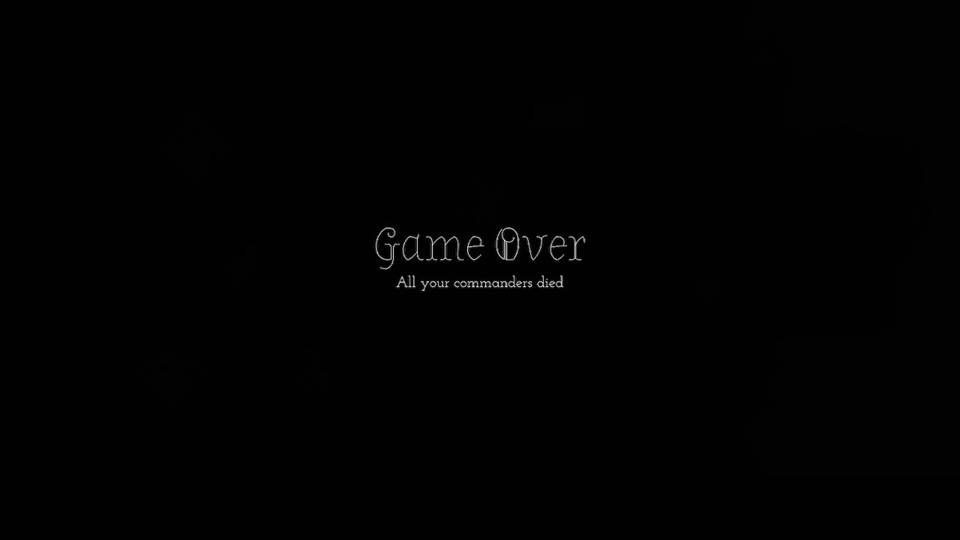 Brutal Gamer's Nintendo Editor began his gaming life a little late- at five years old. But he's made up for it in the two decades since, gaming and writing about gaming with the same passion, fervor, and unrelenting love as his five-year old self.
Previous Check out the absolutely stunning first look at Black Ops 4 in 4K on PC
Next PAX West: Bethesda brings TESO, Blades, Rage 2 and more