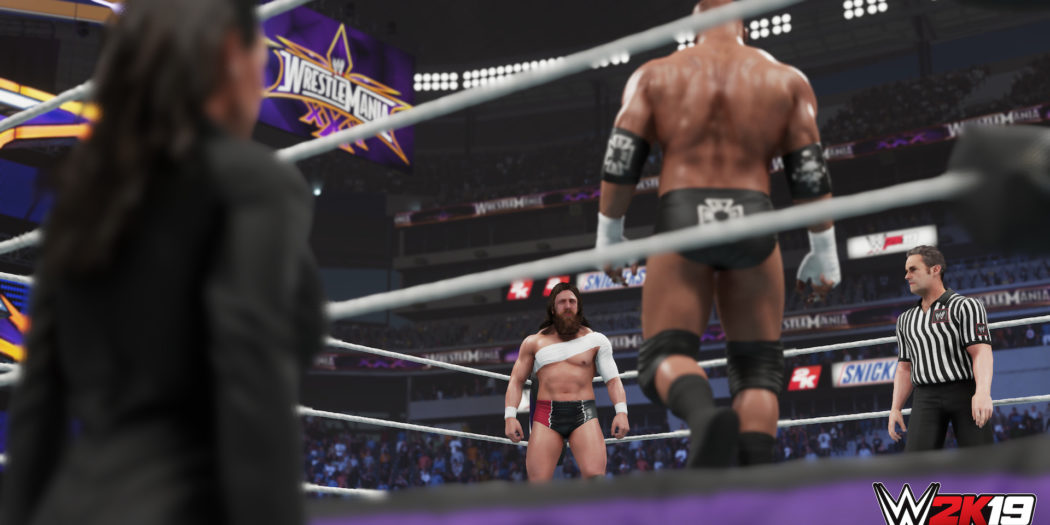 Get ready for a lot of Daniel Bryan in the nest WWE game from 2K. The superstar will be the central character in the game’s Showcase mode.

I’m pretty much a lapsed fan when it comes to the WWE, so I don’t really get Daniel Bryan or his saga. There are a lot of fans who do though, and for them this is probably pretty cool news.

Bryan will be the character in WWE 2K19’s Showcase, which means that he’ll basically be the single player character for the “story mode” in the game. 2K says that gamers will be able to relive “the most epic moments, the highlights and the challenges, from Daniel Bryan’s career that have made him the WWE Superstar he is today.”

The “Return of Daniel Bryan” Showcase features vignettes with historic WWE footage and Daniel Bryan’s own words that give context and backstory to the subsequent matches that gamers will play through, enabling players to truly feel the adversity that Daniel Bryan has faced each step of his WWE career. Fight for his dream by competing in 11 objective-based, legendary matches, and one additional “surprise” match, playing as variations of Daniel Bryan to unlock historic arenas, Superstars, attires and championships.

You can read more about the new mode (as well as Bryan himself) here on 2K’s blog. WWE 2K29 hits consoles and the PC on October 9th.

Jason's been knee deep in videogames since he was but a lad. Cutting his teeth on the pixely glory that was the Atari 2600, he's been hack'n'slashing and shoot'em'uping ever since. Mainly an FPS and action guy, Jason enjoys the occasional well crafted title from every genre.
@jason_tas
Previous Earthworm Jim creator heads to Indiegogo with new character Bigfoot Bill
Next Kratos is back in new God of War comic mini-series