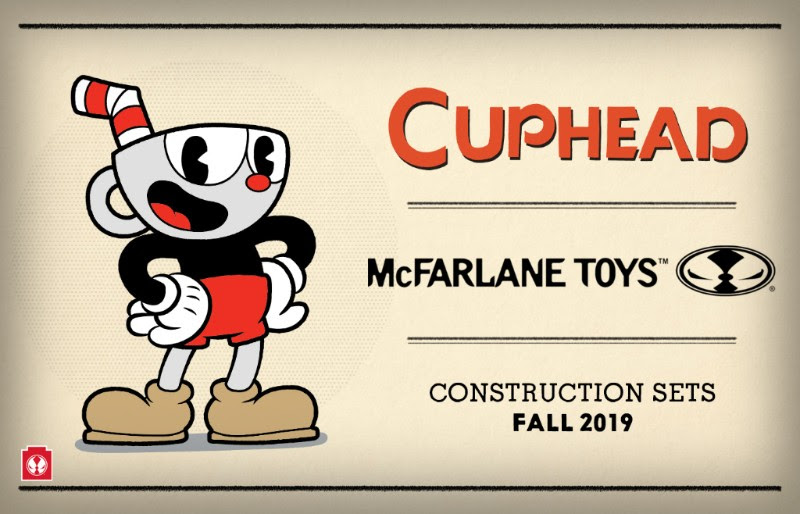 McFarlane Toys continues it’s very interesting line of acquisitions for its building set line. The latest is none other than one of the best games of 2017, Cuphead.

Does Cuphead lend itself to construction sets? Honestly, not really, but neither do may of the licenses that McFarlane Toys has incorporated into its lineup. I mean, do The Walking Dead, South Park, and Hello Neighbor really scream “building toys”?

Never the less though, these licenses are a part of the past and present at McFarlane, and nearly all the sets have been impressive. McFarlane has a interesting way of creating these kits, and each one (when finished) looks more like a diorama than a “LEGO” set.

So what’s coming up from Cuphead? Well… we don’t know. McFarlane hasn’t made any official announcements other than to say that kits are coming soon. That add though, that the sets will be just as visually impressive as the game that they’re based on.

“It’s easy to get lost in the visuals of this game… that’s how stunning it is!” said Todd McFarlane, Owner and CEO of McFarlane Toys. “Studio MDHR has created a world that is gorgeous and unique, and we can’t wait to make toys just as beautiful as the game they are based on.”

You can start looking for these at retail this this fall, and we will have some shots posted at some point soon of the prototypes. Those are being shown off right now, at the San Diego Comic Con.

Jason's been knee deep in videogames since he was but a lad. Cutting his teeth on the pixely glory that was the Atari 2600, he's been hack'n'slashing and shoot'em'uping ever since. Mainly an FPS and action guy, Jason enjoys the occasional well crafted title from every genre.
@jason_tas
Previous SDCC 2018: LEGO builds a big show with Marvel, DC, Star Wars and more
Next SDCC 2018: Team Sonic Racing comic coming this year from IDW