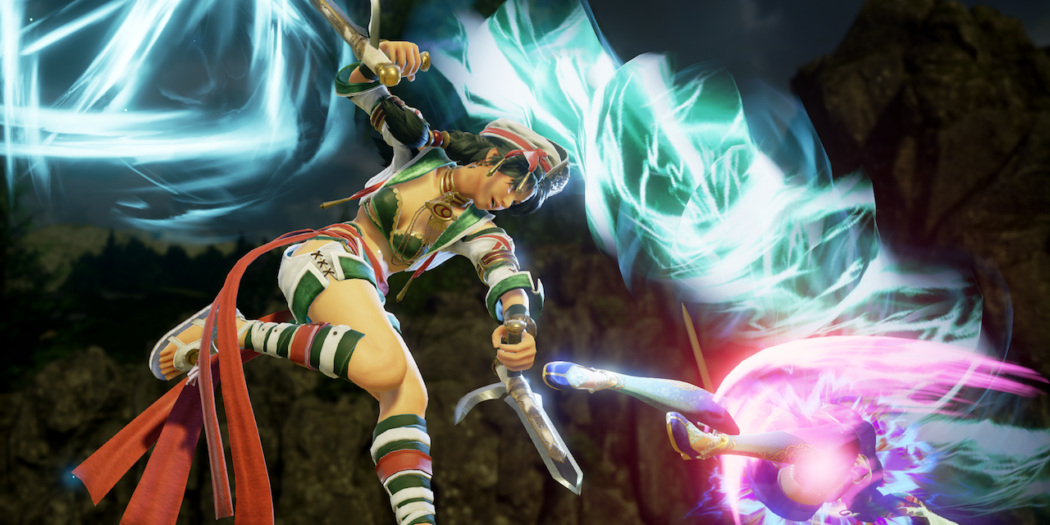 Bandai Namco’s latest fight-fest continues to grow its roster with Talim. Controlling the wind itself and armed with twin blades, she’s got a trailer all to herself,

Fan-favorite character Talim returns to the franchise inSOULCALIBUR VI, ready to sway the winds – and battle – in her favor. Talim is a selfless and innocent girl, nicknamedThe Last Priestess of the Winds, who fights with dual Elbow Blades and uses the wind to slice through her opponents like a blade. With her unique battle style using the wind that allows her to jump and dodge at any moment, Talim has an unpredictable edge over her opponents that both old and new players will love in SOULCALIBUR VI.

I’m probably what you’d call a “lapsed fan” of Soul Calibur as a series, so I only have slight memories of Talim. The last game in the set that I played with any regularity was SCIII, and I honestly didn’t put all that much time into it.

Talim did appear in that game though, after making her actual debut in Soul Calibur II. She also appeared in part IV, according to the series’ wiki, before dropping out for the fifth title. But now she’s back, and looking as swift as the winds that she commands, and like she might be a big headache for anyone that matches up against her.

A part of the roster that’s had numerous announcements already, Talim and crew will return in Soul Calibur VI on October 19th.

Jason's been knee deep in videogames since he was but a lad. Cutting his teeth on the pixely glory that was the Atari 2600, he's been hack'n'slashing and shoot'em'uping ever since. Mainly an FPS and action guy, Jason enjoys the occasional well crafted title from every genre.
@jason_tas
Previous Valiant heroes finally start getting action figures, 12″ scale Bloodshot announced
Next Batman: Ascending Knight (Action Figure) Review