Some of the mystery has been pulled from Marvel Comics’ Spidergeddon event, with a teaser image released today. Looks like more Spider-Verse incoming.

If you’re not aware, there’s an animated Spider-Verse movie coming up very shortly (this December). That film will include Spider-Man (natch’), Miles Morales, Spider-Gwen, and who know who else. The main hook though, outside of Morales’ first appearance in film, seems to be universe-hopping Spider-Men and Women. So honestly, it kind of makes sense that Marvel would be returning to the event called Spider-Verse in its comics line as well.

That series, which hit a few years back, took Spidey’s from multiple dimensions/times and teamed all of them up in a battle against one big baddie. From the teaser image release today, it looks like Spidergeddon is similar in theme. Though maybe a lot more dire in consequence.

I honestly hope that’s the case anyway. While I like some of the Spider-Man riffs that Marvel has developed over the years, there are just too many now. I’d love to see them whittled down to a select few… maybe none of which reside in the Marvel U proper.

In any event, at least we have some idea of what Spidergeddon will entail. I also feel the need to point out that including a Spider-Man Tsum-Tsum in this pic really kills all of its cool-factor. Even Spider-Hamm would have been better. 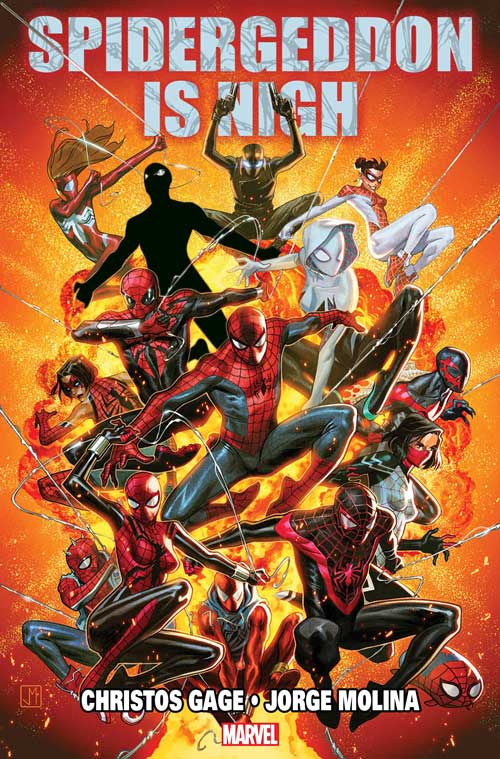 Jason's been knee deep in videogames since he was but a lad. Cutting his teeth on the pixely glory that was the Atari 2600, he's been hack'n'slashing and shoot'em'uping ever since. Mainly an FPS and action guy, Jason enjoys the occasional well crafted title from every genre.
@jason_tas
Previous Bomb Chicken Release Date Announced
Next E3 2018: EA talks Battlefield V, Anthem, and a even little new Star Wars