Imagine if the life of a complete stranger rested in your hands.  If every thing you said or did could mean life or death for someone you don’t know.  This is the whole premise behind Stay, a forthcoming game from Appnormals Team and PQube. 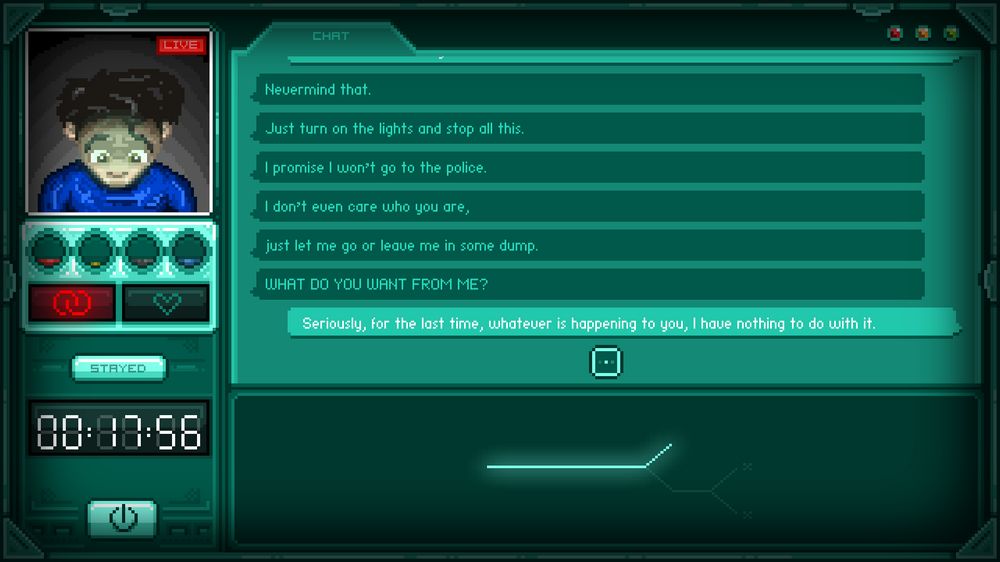 Stay centres around a man named Quinn, who gets abducted and finds himself trapped in a room alone with just a computer connected to a chat room.  Your job is to talk to him to help him get out of his situation, by making suggestions and solving puzzles.  The game is primarily set in the chat client, where Quinn is talking to you about his feelings and surroundings.  At various points, you’ll be prompted to choose something to say in reply.  Anything you say to him will cause his mental state to change in some way which can be monitored, such as his anxiety levels, how melancholy he is and whether he likes you or not.

These changes in his mood will also affect how he responds to the things you say.  For example, if he’s extremely anxious and doesn’t trust you, and you suggest he does something, he might choose to completely disregard what you say, which could have terrible consequences.  Build up a rapport with him, and he’ll be more willing to divulge information and trust your judgement.  There are various choices you can make over the games chapters, branching out in various ways.  There’s multiple endings in the game as well, encouraging multiple playthroughs allowing you to use information you’ve gleaned previously.

One of the most interesting features is that the game plays out in real time.  The amount of time you stay with Quinn and the amount of time you’re not in the game are recorded, and while you’re not playing, he’ll still do things.  For example, at one point while playing, I asked his name, and he sat there not responding.  So, I left the chat in-game temporarily and logged back in to find he’d sent a tonne of messages and found a cat and some smashed plates.  Talking to Quinn again started a puzzle to try and reassemble one of the plates to gain a clue.  It’s a really interesting mechanic and one that will keep you coming back. 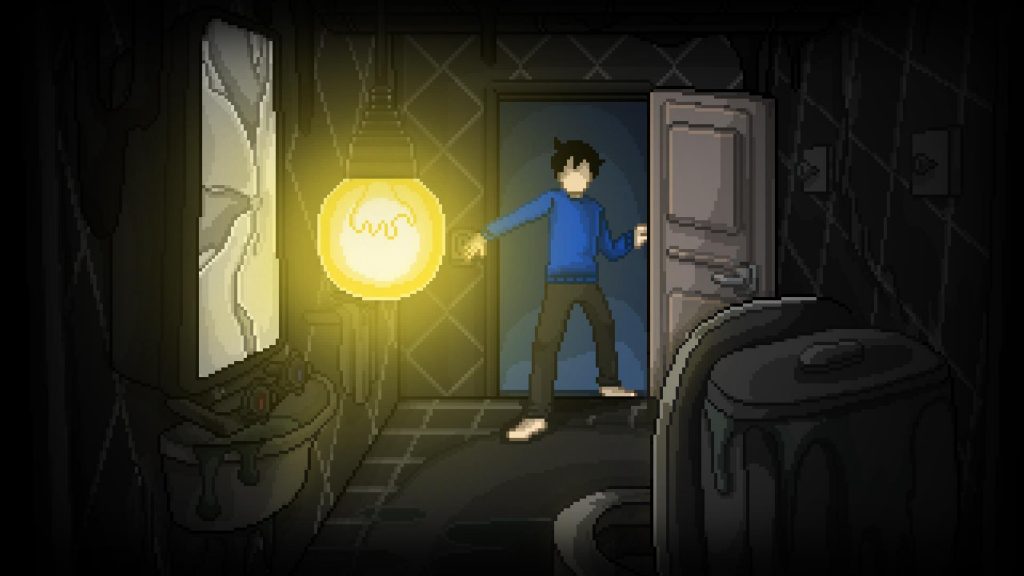 So overall, Stay is an interesting concept, and encourages you to keep coming back in to work on your relationship with Quinn and try and save him.  The fact that there are numerous branches of events that occur based on your interactions mean you could probably play this several times and have very different experiences.  I spent about 40 minutes with the game and still felt like I barely scratched the surface of what was going on, and I honestly could’ve played all day if I had the opportunity.

Stay is coming to Steam on PC on April 18th and is also coming to Xbox One.

Mike is Brutal Gamer's Indie Editor. He has been playing video games since the early 90s and is fond of racing games, puzzlers and MMOs. Typing /played while in WoW makes him cry, but not enough to stop him playing some more.
@Ognawk
Previous 10 Things I Love And Hate About The Shadow Of The Colossus Remaster (PS4)
Next EGX Rezzed 2018 Hands-on: Steel Rats