Did you skip out on one of the best Hitman titles in years when it launched episodically a while back? Well now it’s combined in one pack and has a whole mess of DLC added in for good measure.

“We’re very excited to be working with IO Interactive, a talented studio with a long-standing legacy creating the iconic HITMAN™ games,” said David Haddad, President, Warner Bros. Interactive Entertainment. “The passionate, global HITMAN™ community has embraced the recent return of the series, and we’re thrilled to bring the HITMAN™: Definitive Edition to fans and new players next month.”

Thats’ right, while Hitman was technically an indie title solely from IO Interactive, Warner Bros will be publishing the Definitive Edition of the game. That’s a good omen, nut just for this release, bu moving forward. It might mean that retail editions of the developer’s titles will have an easier track to stores. That could only be a good thing, especially since IO produced one heck of a game with its latest Hitman. 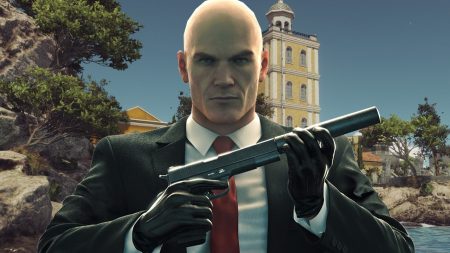 As for this particular launch, there’s a lot in this tidy little pack.

Here’s what you get:

Note too, that some of the above will require a download. It’ll be kind of sizable too. Warners says to look for content in the 12 to 24 gig range. The size of the download is depending on which console you get the game for.

Hitman: Definitive Edition hits on May the 18th for the Xbox One and PS4. And of course, it’ll be enhanced for both platforms more powerful, later-gen revisions.

Jason's been knee deep in videogames since he was but a lad. Cutting his teeth on the pixely glory that was the Atari 2600, he's been hack'n'slashing and shoot'em'uping ever since. Mainly an FPS and action guy, Jason enjoys the occasional well crafted title from every genre.
@jason_tas
Previous There’s a Crisis on the Planet of the Apes, and it’s coming to VR platforms
Next Watch Nooligan Saulque bring the Joker to life in this demo from last SDCC