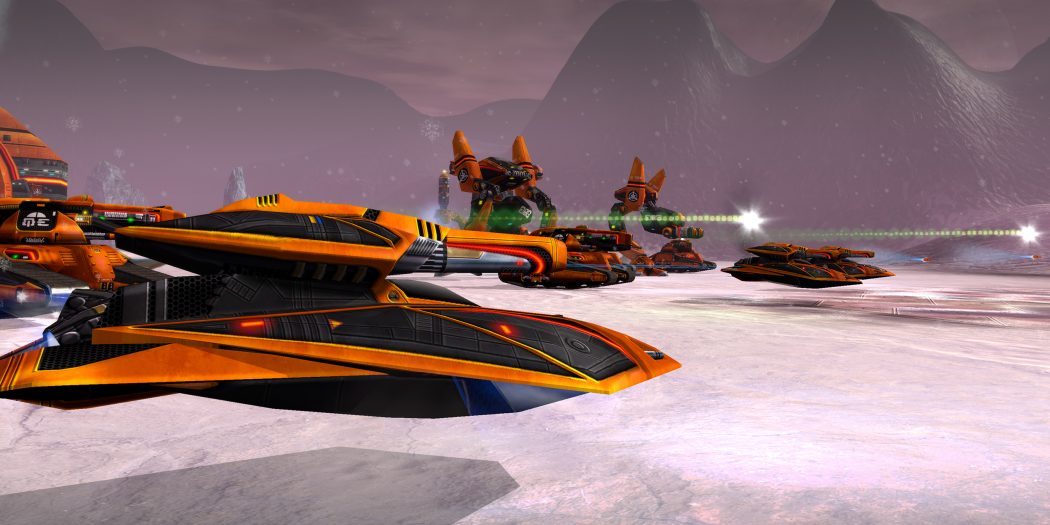 Combat Commander is reborn as Battlezone II returns in this remaster for the PC. If you’re looking to play a game that will have you feeling like you’ve traveled back in time, this is the one. But that’s not necessarily a bad thing.

Apparently, this is a remake. Or maybe a “remaster” would be a better word. Either way, I was totally unaware of this fact, but I think it’s important to keep in mind. That’s because it actually did change a good deal of my opinion towards this game.

The original was called Battlezone II: Combat Commander. Yes, this is apparently the sequel to the first Battlezone game. It’s kind of funny too, but after reading that fact, I actually do remember the box art from seeing it at Electronics Boutique. Not that I bought it.

Battlezone always seemed a little dull to me. I’ll admit that I never played a moment of the original games though, and that opinion was pretty much from just the way it looked in gaming mags at the time. Since then, I still haven’t played a core Battlezone title, but I did play the PSVR spinoff and seriously dug that. Not that that’s this, though it’s honestly not that far off since both tiles sport first-person views. Though in this case, it’s optional.

Before we get into the bulk of the review, I’ll briefly mention the story. I usually dig into narrative a little more than this, but it’s kind of a simple story. It boils down to there being a united humanity (more or less) that’s pushed out into space to form new colonies.

As is wont to happen, then run into aliens and calamity ensues. There’s more than that of course, but it’s not that memorable and also not that deep. But that’s not to say that Battlezone Combat Commander isn’t fun to play, because it really is. 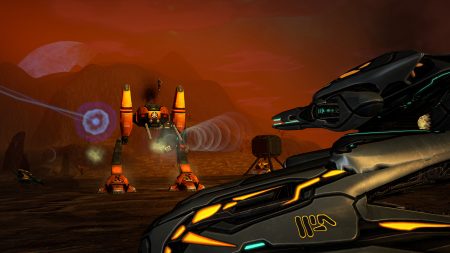 Despite what it might look like at first glance, there’s a surprising amount of depth to this title. No, this isn’t “just” an action affair, Battlezone does a lot more. Not that all of it works, but when it does, well it does. This might sound strange at first, but Combat Commander is a hybrid of real-time tactical and action/shooter gameplay. I can’t say I’ve ever actually played anything quite like it.

Battlezone Combat Commander gives you command over a number of vehicles (eventually). As far as the strategic elements, you can issue orders, build structures, and otherwise do most things that you could in a traditional RTS. Of course, none of it actually plays out in that traditional way. That’s because the main gameplay of Combat Commander is experienced from a cockpit.

The most fun you’ll have with the game is in the more action-y segments. Fortunately that’s most of the experience, and it’s shockingly fun. Actually, this installment of Battlezone could have been re-forged into a straight out action title and it would have been pretty great. 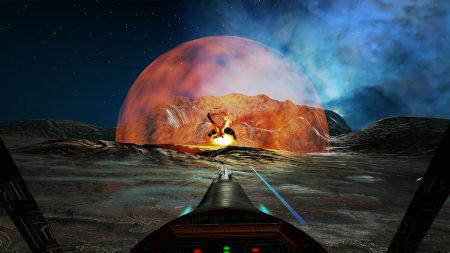 Vehicles control nicely, and firefights are really well done. It’s hard to not feel cool strafing enemy craft… circling around them, and blasting them to pieces. It’s pretty darn fun. You can also leave your vehicle at any time, not that you should in most occasions.

Still, it’s awesome that you can jump in and out of your ship at all. That’s always a nice touch in a game like this (well, this part of a game like this) and takes me back to my somewhat irrational love of Metal Warriors on the SNES (it’s a travesty that that game isn’t on the SNES Classic).

Battlezone also features some extra modes that I probably should mention. The multiplayer modes give players head-to-head play, as well as co-op play. Then there’s a map editor, that’s fairly in-depth, and a tad off-putting for someone like me. Now, if you have the time however, I’m thinking you could make some pretty neat stuff with this. 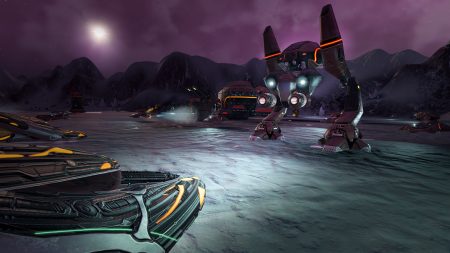 Combat Commander has kind of an odd look. It does not, in any way, look bad though and I want to reinforce that. The updated vehicles and maps look nicely detailed and have a cool design. Actually, Battlezone looks pretty darn unique and I really dig the aesthetics.

So what’s so iffy about it then? Well, basically that it is extremely apparent that this is a game that originally came out in 1999. The maps have a tendency to be sparsely populated with design elements, and that gives the environments a sort of empty look. It’s a little tough to describe honestly, so I hope you get what I mean. If you’ve played a PC game from (or in) the 90s, then I have a feeling you might.

Also, there’s a lot of voice audio in the game, and most of it is serviceable. The cast won’t knock you down with overwhelming quality, but I’ve definitely heard worse. The sound effects are decent enough as well, though the music is barely existent. So maybe crank your own tunes when you play.

Not that you’re playing this for the score. It’s true that Battlezone Combat Commander might be lacking in some of the finer points, but overall it’s a fun title. And I feel pretty comfortable saying most sci-fi minded gamers would have a good time with it.

The graphics are sharp and look great - 83%

Levels themselves feel dated, which probably should be expected - 73%

The action gameplay is the star here, and plenty of fun - 85%

Battlezone Combat Commander feels like a game that was made in the 90s... and it was! But take heart, because this remake looks good and plays well. While the graphics look good though, the levels feel sparse, and the real-time strategy elements aren't nearly as fun as the action. Still, Combat Commander gets a lot right, and is a fun throwback that you might find yourself enjoying way more than you figured you would.

Jason's been knee deep in videogames since he was but a lad. Cutting his teeth on the pixely glory that was the Atari 2600, he's been hack'n'slashing and shoot'em'uping ever since. Mainly an FPS and action guy, Jason enjoys the occasional well crafted title from every genre.
@jason_tas
Previous More Mirror Universe action prepped for Star Trek: The Next Generation- Terra Incognita
Next IDW’s Transformers universe comes to an end this summer in Transformers: Unicron