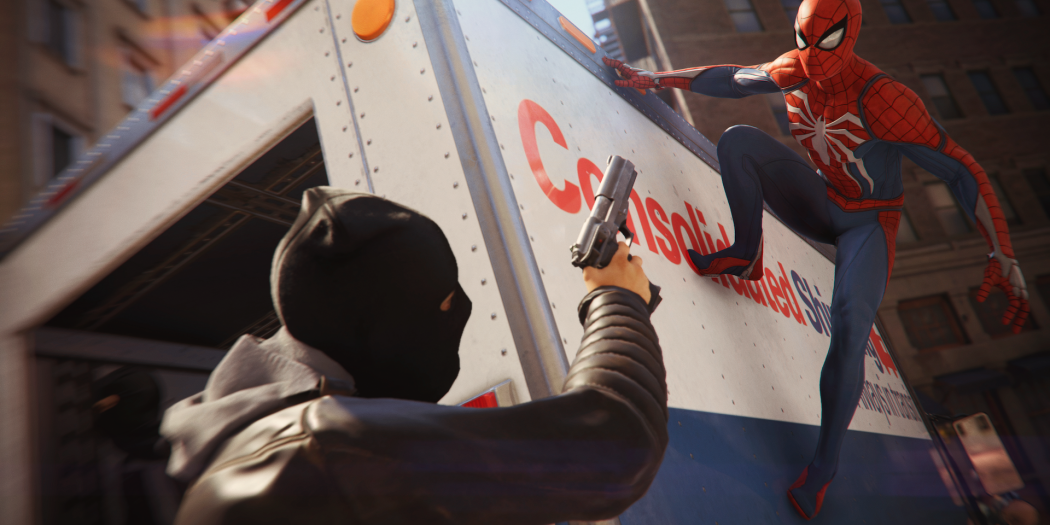 Home / News / The PS4-exclusive Spider-Man gets a fresh trailer

The PS4-exclusive Spider-Man gets a fresh trailer

Loads of action, and a few surprises are in store for Spidey fans in this new trailer for the Insomniac-developed, PS4 exclusive Spider-Man.

Does whatever a spider can

That’s still one of the worst Spider-Man costumes of all time. But even so, this game is looking great. Not that it’s all too clear what we’re actually seeing in this trailer. And by that, I mean we don’t know what’s playable and what isn’t.

I have to imagine though, that what’s here is a fair bit of gameplay. Insomniac has talked about a big open NYC to play in as well, which could make for one of the best Spidey experiences ever. While that’s cool and all, I’m really excited for the chance to play as plain old Pete as well.

Peter Parker missions would be a new one for a Spider-Man game. As long as they’re used sparingly, hunting down evidence against baddies and taking snaps of crime scenes (for the Bugle of course) could be tons of fun.

We’ll find out soon enough. Well, hopefully anyway, as there’s no firm release date for Spider-Man as of yet. We do know it’ll be out some time this year though, so at least there’s that.

Jason's been knee deep in videogames since he was but a lad. Cutting his teeth on the pixely glory that was the Atari 2600, he's been hack'n'slashing and shoot'em'uping ever since. Mainly an FPS and action guy, Jason enjoys the occasional well crafted title from every genre.
@jason_tas
Previous One:12 Collective Deathstroke (Action Figure) Review
Next Episode 27: Nintendo LMAO